I did threaten promise to show you the remainder of my holiday snaps in my last post so if you can't handle a picture heavy post and a history lesson, look away now! 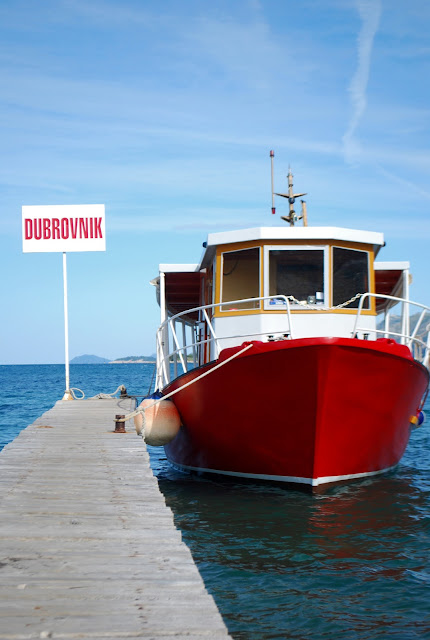 Halfway through our week we caught a ferry to Dubrovnik, a UNESCO World Heritage Site, 45 minutes away. 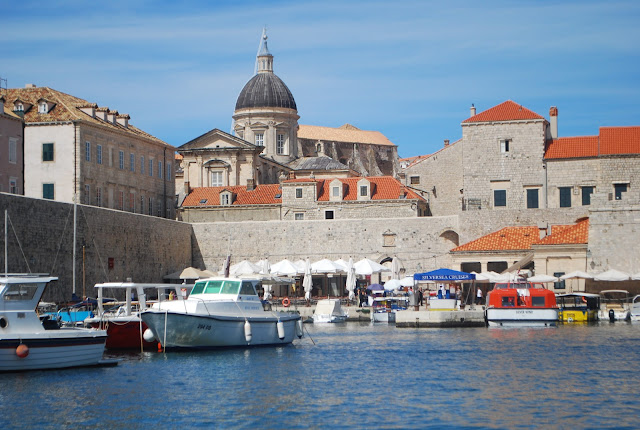 We spent a day in the old walled city which was absolutely fascinating.  We couldn't possibly have visited all the museums and churches in one day but we walked the entirety of the wall which encompasses the old city and takes about an hour and a half. 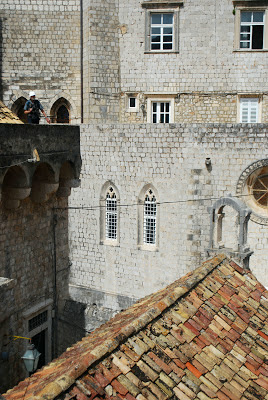 We were advised to time our arrival before the cruise liner passengers who descended in their droves at midday.  But even early on the city walls were full of activity with tourists of various nationalities jostling for position for the best camera shots. 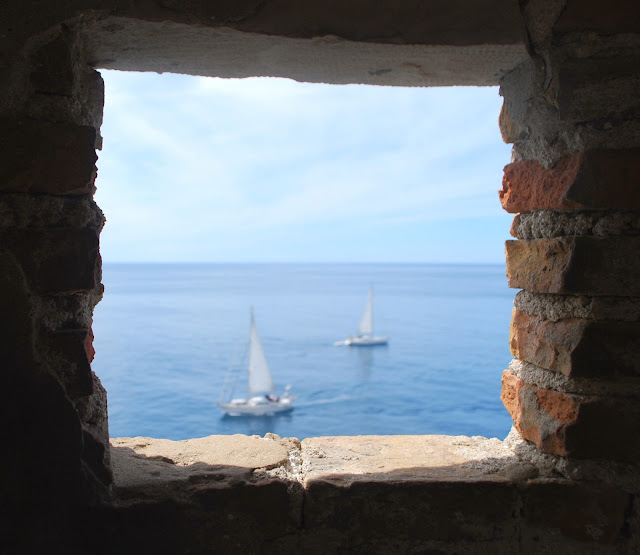 There are hundreds of steps around the circumference of the city so I was glad of a breather every now and then. I found it amazing that the people who live within the city walls carry on their day to day lives with all the tourists gawping at them daily. 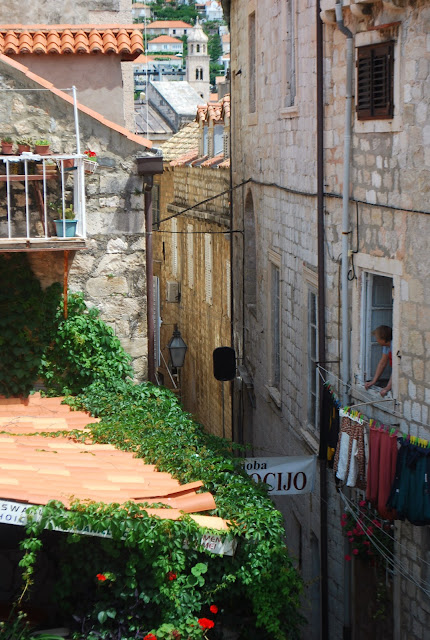 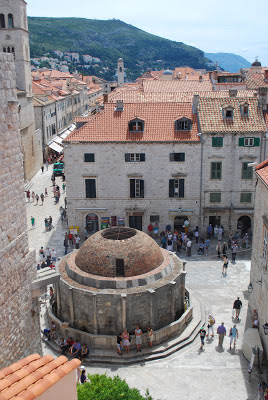 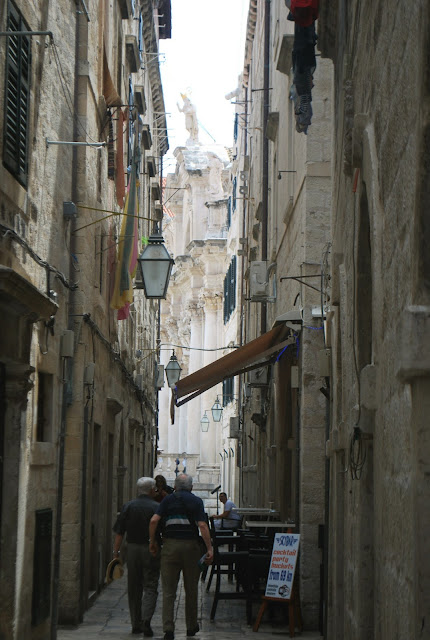 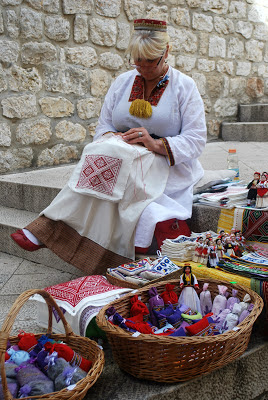 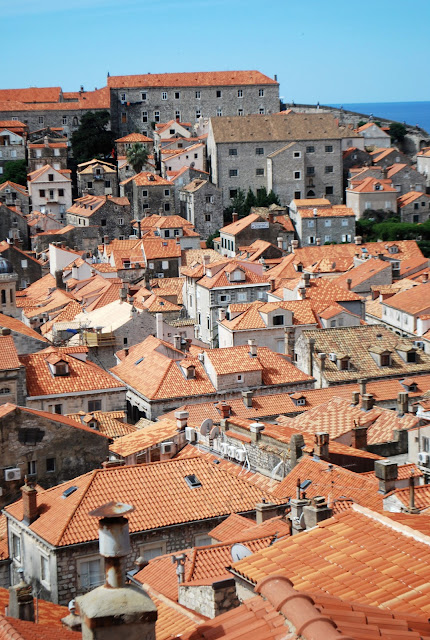 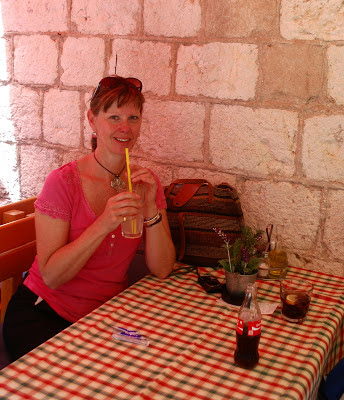 After completing the city wall circuit we stopped for a restorative beverage and then went in search of the cable car which travels up Mount Srdj, the defence point of Dubrovnik during the Croatian War of Independence. 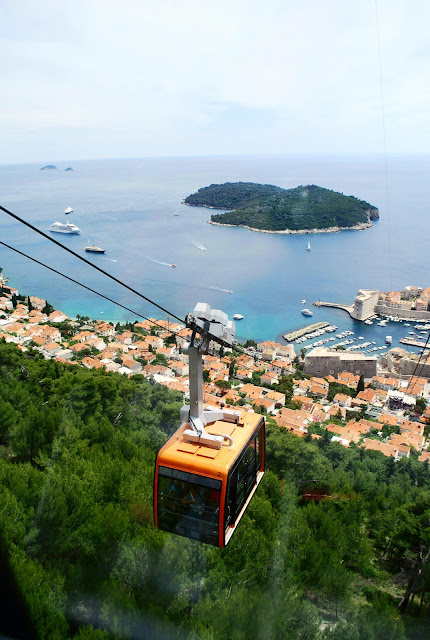 I can't ever remember travelling in a cable car before and I must admit that looking down was a mistake, but I tried to concentrate on the scenery and thought how cleverly they'd colour co-ordinated the cable car with the rooftops below.  The cable car was completely destroyed during the war and was only restored in 2010. 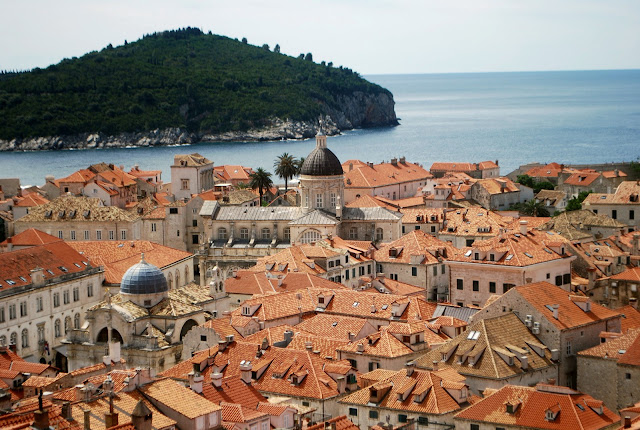 At the summit there's a War Museum in the Napoleonic Imperial Fort. Unfortunately we did not have time to view this, but I remember well the nightly news bulletins during the 90's reporting on the atrocities. 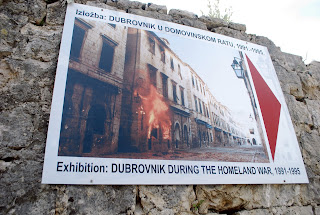 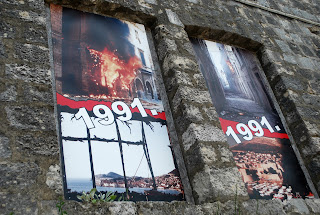 Dubrovnik Old Town was attacked by the Yugoslavs People's Army in 1991 with a siege that lasted seven months.  During this time artillery attacks damaged about 50% of its buildings.  Following the end of the war the damage caused by shelling was repaired in the original style but some evidence of damage can still be seen. 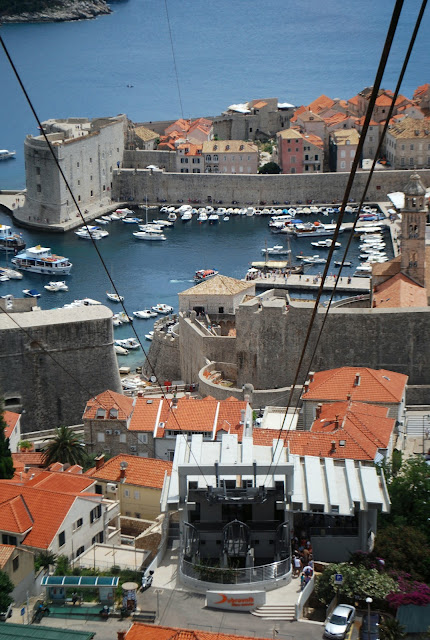 After our descent we headed back to the harbour to catch the ferry back to the hotel.  As we arrived on the waterfront we noticed a crowd gathered around and wondered what was going on. Mrs Nosy Parker managed to get a photo. 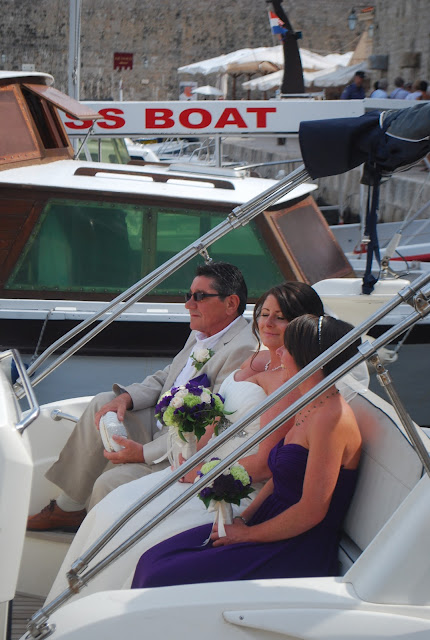 It was a lovely happy moment to end a brilliant day.

Now back home I'm well and truly out of holiday mode and this morning thought I had been transported back to November as I woke to lashing rain and howling winds, just the weather to stay at home and craft.  Here's what I made. 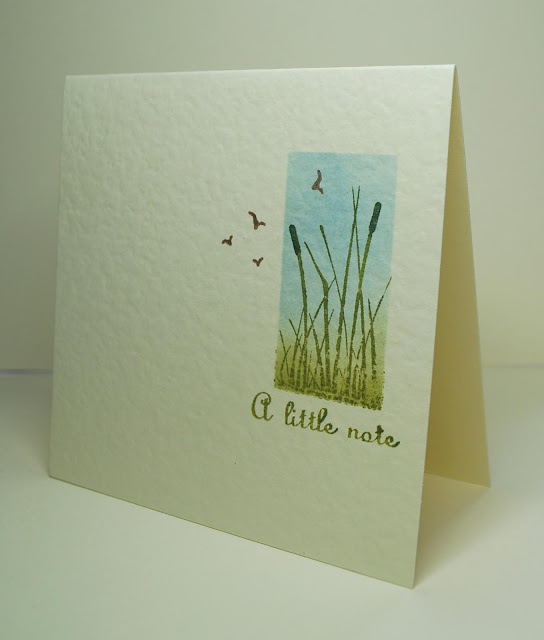 I punched two squares in a Post-it to form a rectangular aperture and then sponged a background through it onto cream hammered card stock.  Stamps are Wetland Border by Memory Box, birds by Crafty Individuals, the words are part of a sentiment by Woodware.
I'm linking this card to

I'm off to finish a crafty makeover now which I'll show you soon.  Have a great weekend wherever you are.