As you'd expect on a French holiday we visited a few markets...it would be rude not to.  The neighbouring town of Fontenay-le Comte has a good one on a Saturday so off we went.  It was fairly bustling and the stall holders were generally very friendly and tolerated my hesitant French with good humour. 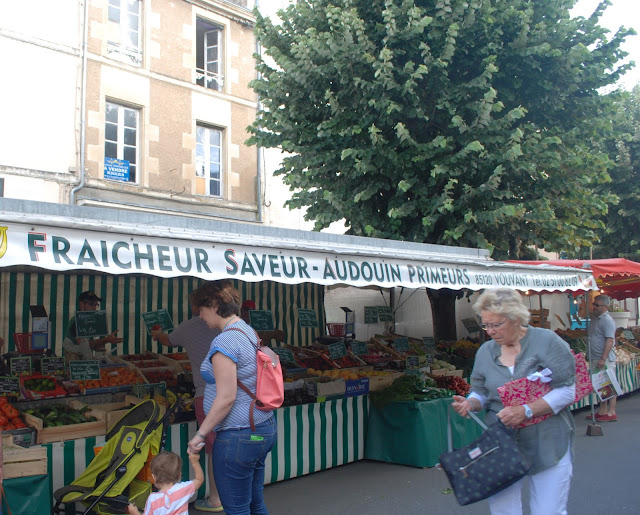 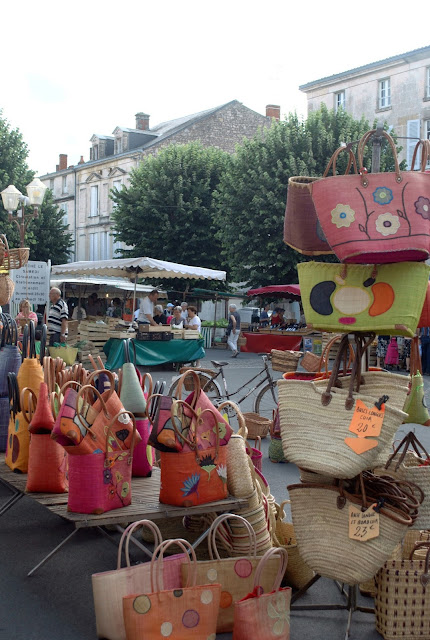 The indoor food market was particularly interesting and highlighted the different way that we and the French think about food. 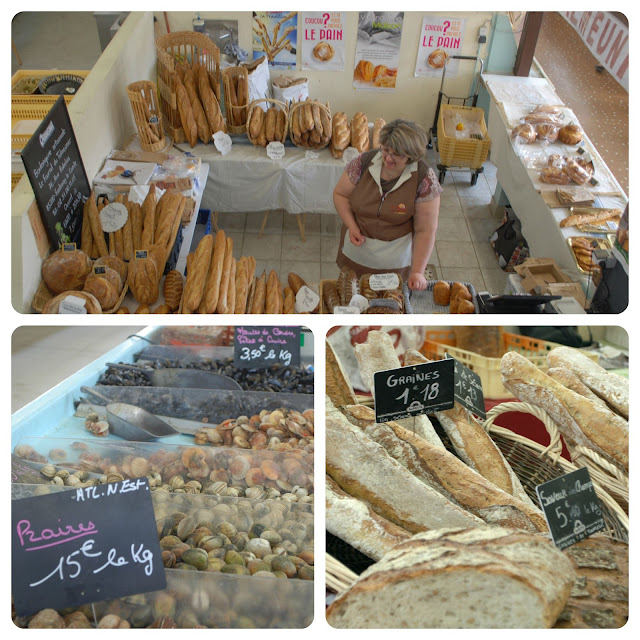 Outside were lots more stalls. where I was tempted by a basket. 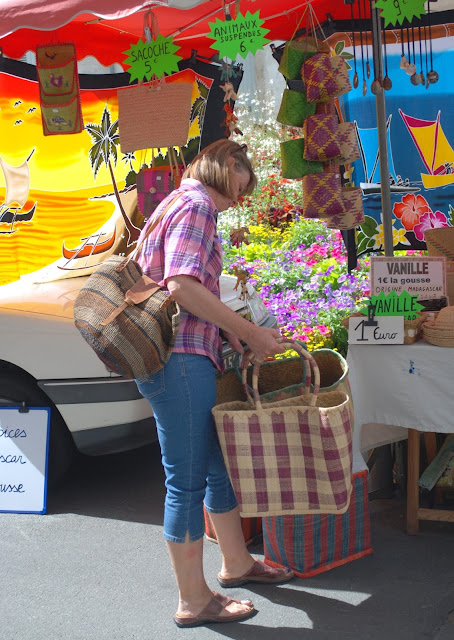 After a café créme we wandered around the town and I spent ages in the Yves Rocher shop where they had 50% off on selected items.  I bought several products for a friend's birthday and asked if they did 'un paquet cadeau' ...another thing that I like about France.  Leaving the shop we noticed this vending machine in the street 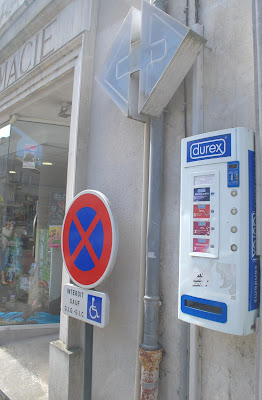 Before heading back to our cottage we stopped at the magnificent Cathedral of Notre Dame, founded in the 12th century as an Augustinian monastery. 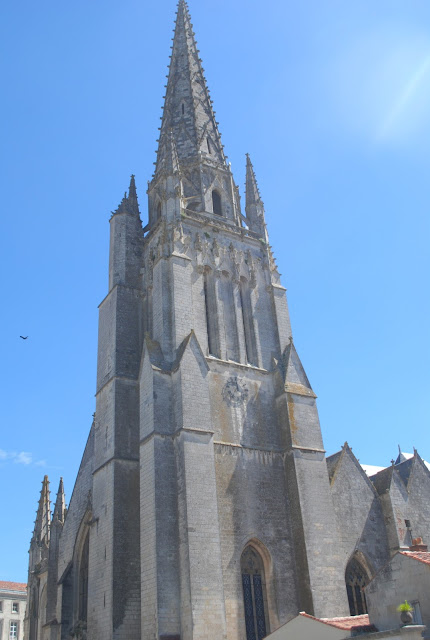 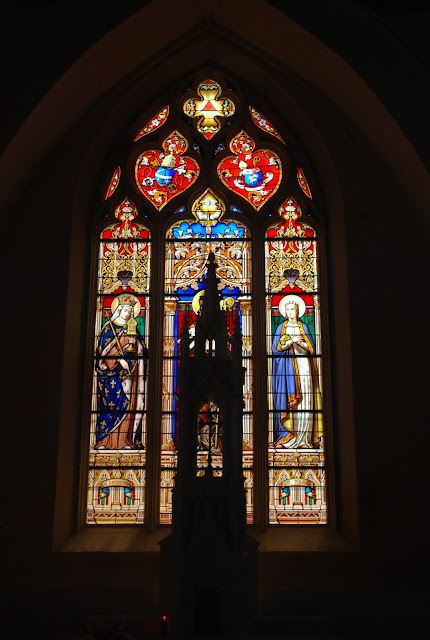 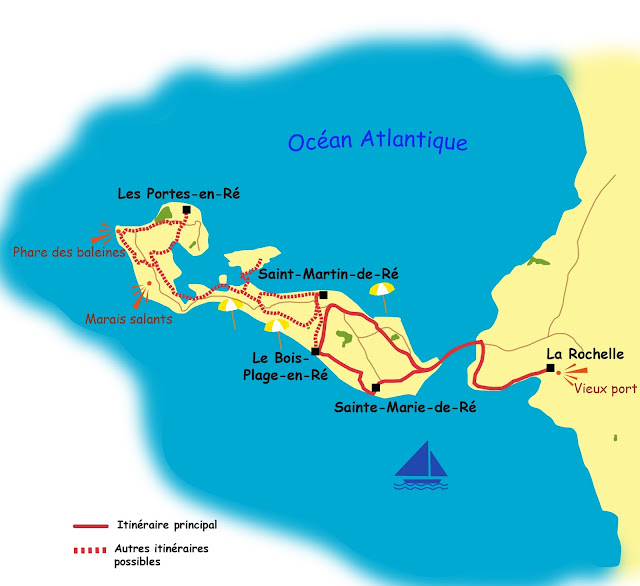 This was my 5th visit to this part of the world and for some reason....(probably the toll to cross the bridge, tightarse) I'd never yet made it there.  I'd heard many times that it was a very pretty little island and it did not disappoint. 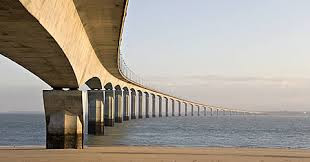 Real estate on the island is expensive and the native population has been widely criticized for its insular nature and unfriendly attitude to immigrants.  We enjoyed a delicious meal on the quayside at St Martin de Ré and watched the affluent locals... easily distinguishable from us riff raff tourists! 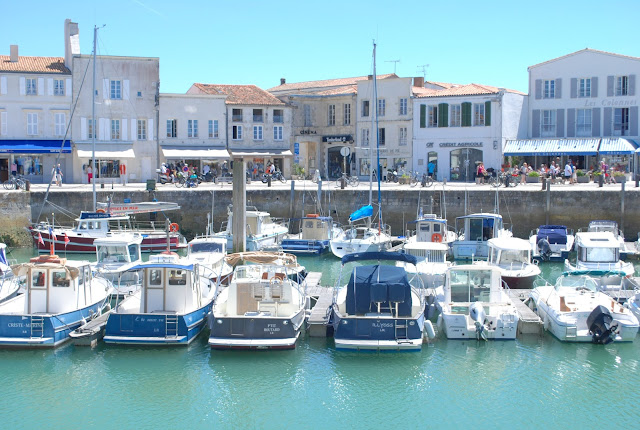 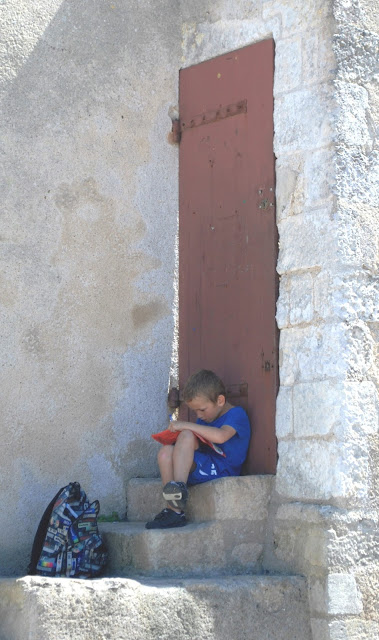 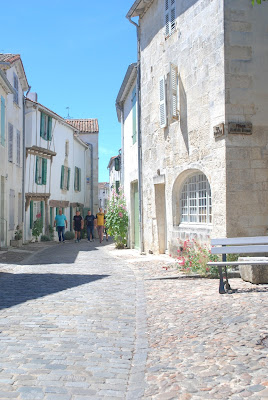 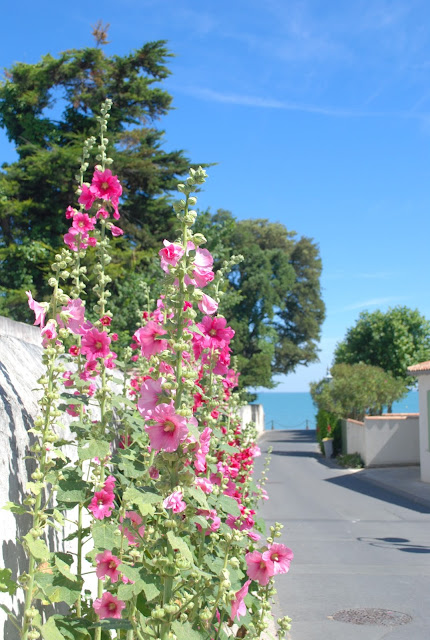 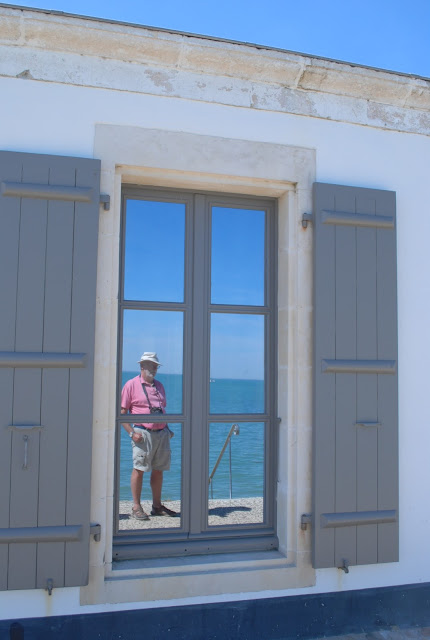 We spent all day on the island in scorching temperatures learning of its maritime history and donkeys in 'trousers'! 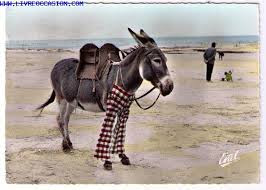 In days gone by the donkeys worked at the salt mines on the island and in order to protect their legs from mosquitos and flies so abundant there, they wore these gingham trousers. These days donkeys in trousers are a tourist attraction.

On our way back to the village we stopped off at a fabulous brocante at Nalliers.  Regrettably I can't show you just how amazing it was because I left my camera in the car.  There was just so much there I didn't know where to start.  Best of all was the plethora of vintage sewing notions and clothes.  On another day I could have spent hours in there but on that day it was 41 degrees and I left, very hot and bothered, after half an hour with just a couple of old tins.

Later in the week we visited the coast about an hour away, it was very quiet everywhere as les grandes vacances, the French summer holidays, had yet to start. 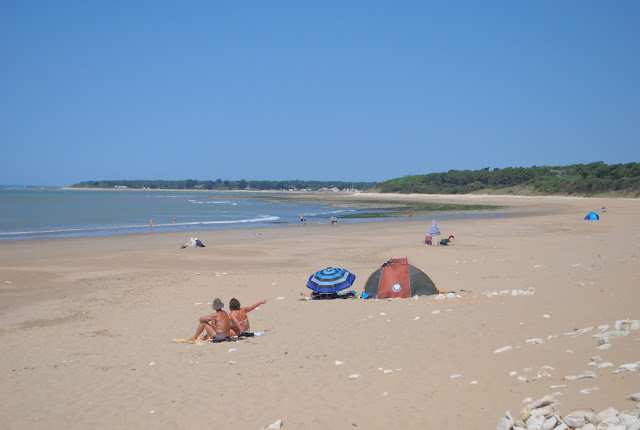 En route we stopped off at this local dam opened in the 50's when many locals would have been employed here.  Nowadays the buildings and machinery lie redundant as the dam is computer operated and it seemed rather eery although the surrounding scenery was spectacular. 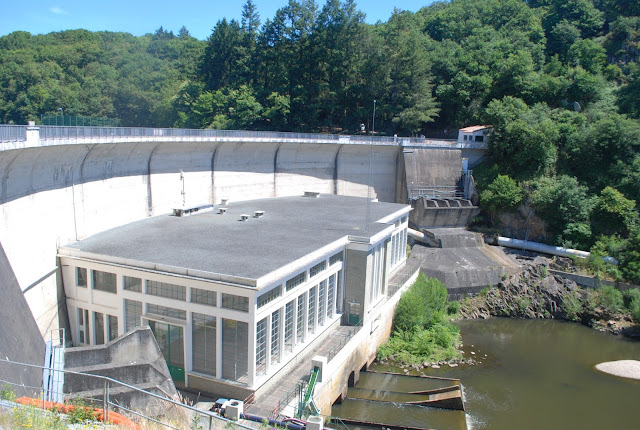 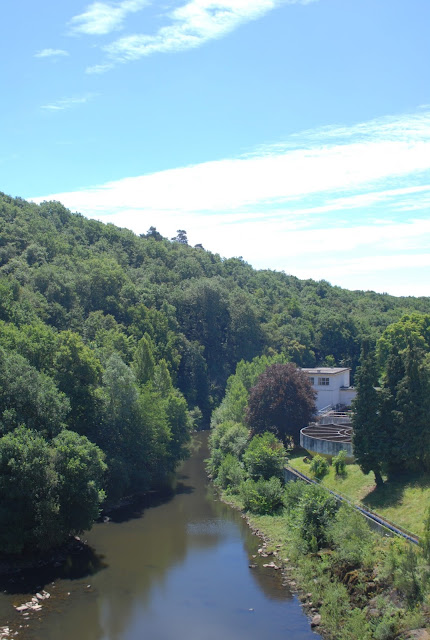 The remainder of our holiday was very laid back as France was experiencing a heatwave. Every time you turned on the telly there were warnings about la canicule and my old Renault without any a/c was sweltering.   We rested in the cottage garden and enjoyed the wildlife....the goats that appeared behind the house in the morning who regarded us quizzically, a woodpecker in the cherry tree, an inquisitive red squirrel and loads of lithe lizards. 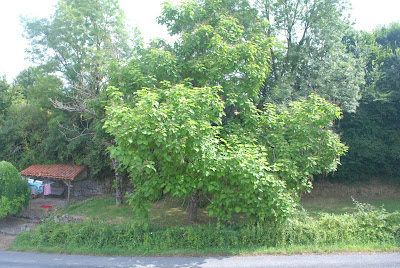 We read, I crocheted... and finished a blanket, drank beers galore and generally lazed around in the enervating heat. 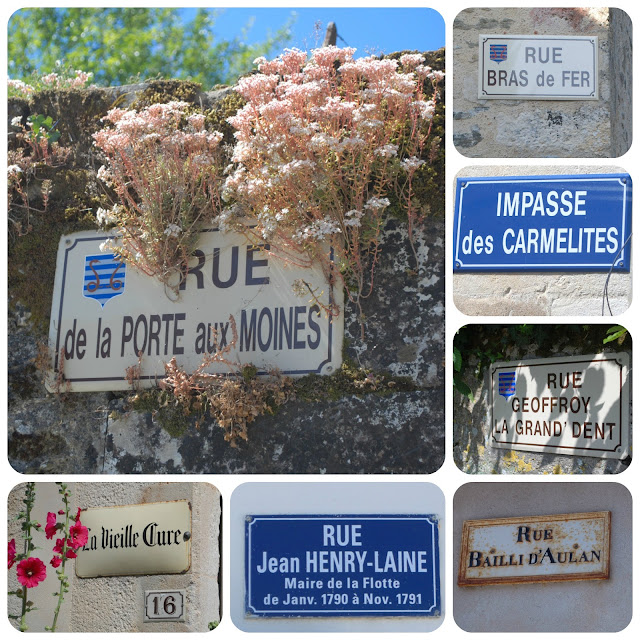 I thoroughly enjoyed my fortnight in Vendée and would have loved to stay all summer long. 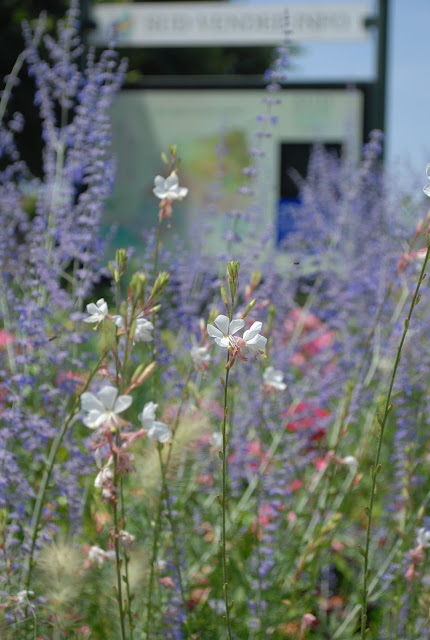 It must be time to start planning my next trip ! 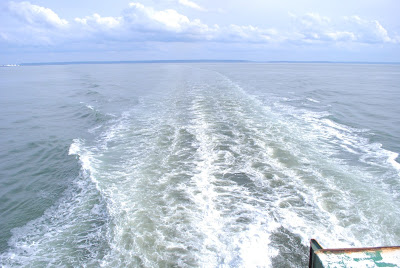