Bonjour folks.
I'm just back from a fortnight in France, well I say just, I've been home over a week now but it's taken me that long to recover from the journey!  I'm not used to driving such long distances or on the right but all went well I'm pleased to report. 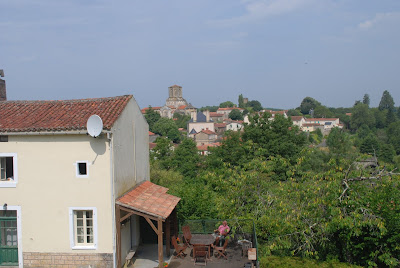 and I thought it was rather amusing that Pa, the world's fiercest atheist, was reminded of JC ( as he calls him) every day as a Calvaire directly overlooked our accommodation. 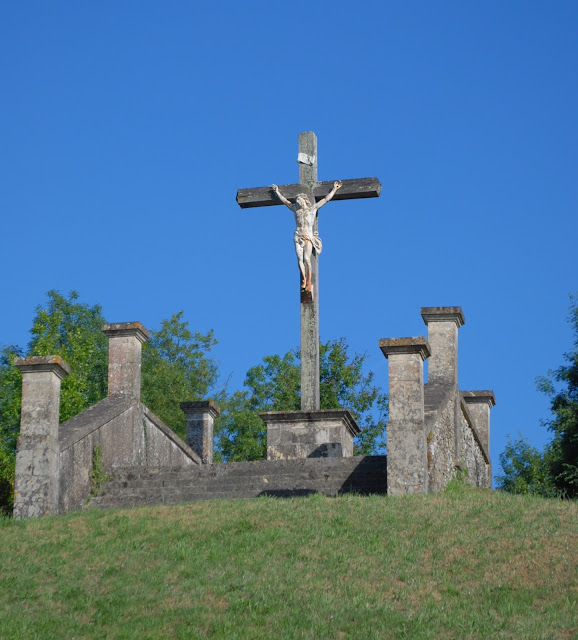 We had a great view of the village which has been ranked the 8th prettiest in all of France! 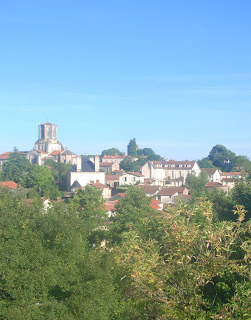 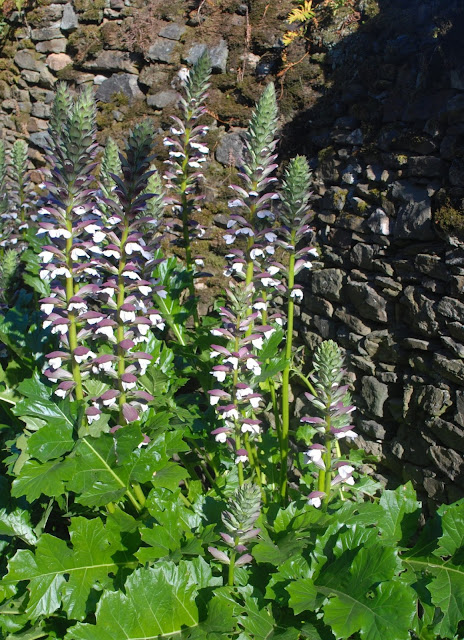 In 2007 Vouvant was declared un village de Peintres due to the many artists and sculptors who have set up residence there.  Many have galleries and ateliers and some showcase their work around the community. 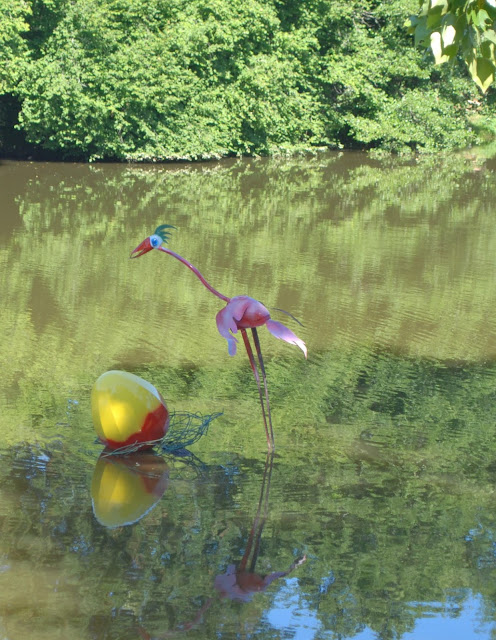 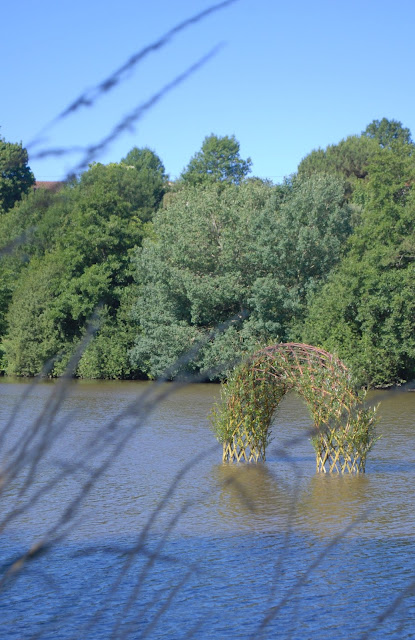 Vouvant is the only fortified town in Vendée.  Built at the beginning of the 11th century, the site was chosen by William V Duke of Aquitaine because of it's excellent position. 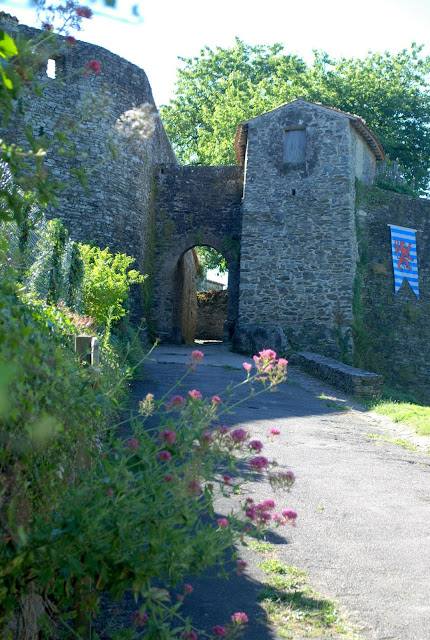 Vouvant is steeped in history and the village is very proud of the legend of the fairy Mélusine which tells of the beautiful half-woman and half-snake fairy cursed by her mother for bad behaviour.  She was condemned to a sad immortality unless she married a loving but uninquisitive knight who agreed never to see her on a Saturday.  For on that day she had to bathe and watch her beautiful legs turn into a horrid scaly tail and if her husband saw her like this she would never again take human form.

I'm sure you can imagine how it ends... but before it did Melusine created a castle from an apronful of stones and a mouthful of water and of this just the tower remains. 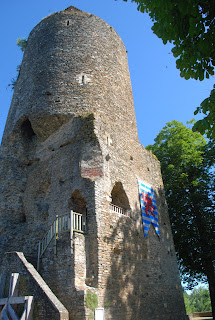 Mélusine is depicted all around the village.... 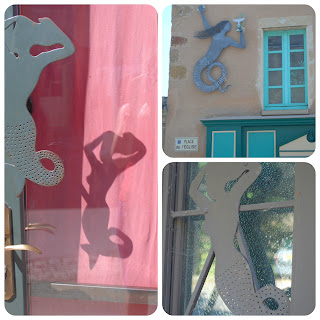 and that's her on top of the tower. 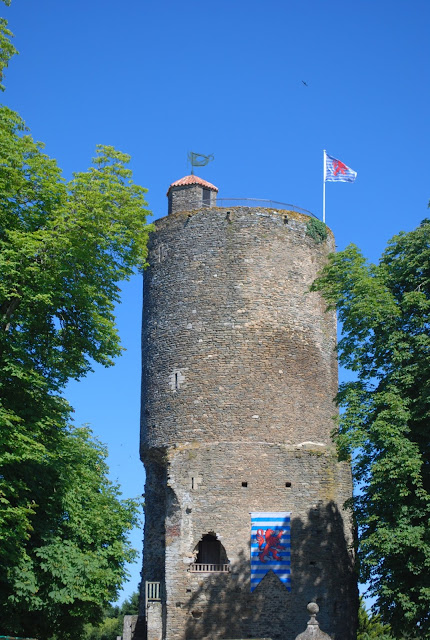 The magnificent church is the focal point of the village not least because it chimes the hour twice, every hour of the day..... you could do without it at 3am! The octagonal bell tower and huge twin doors framed by carved stone arches are remarkable and the crypt is of the 11th century, rediscovered when excavations took place a couple of hundred years ago. 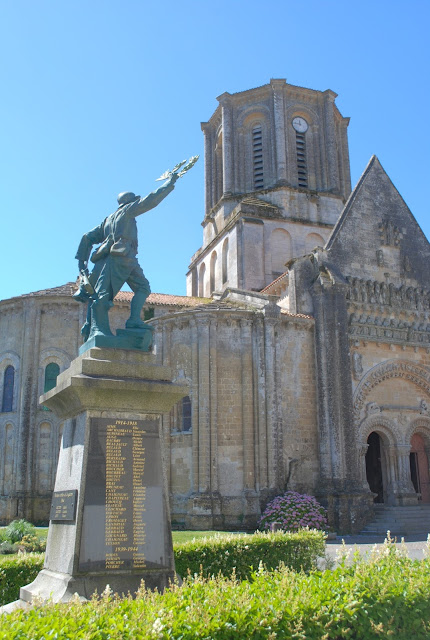 During our stay we heard the bells of a nuptial mass, so being a nosy bugger I hot-footed it down to the church for a sticky beak.  En route, I came across the going-away vehicle in a side street behind the church. 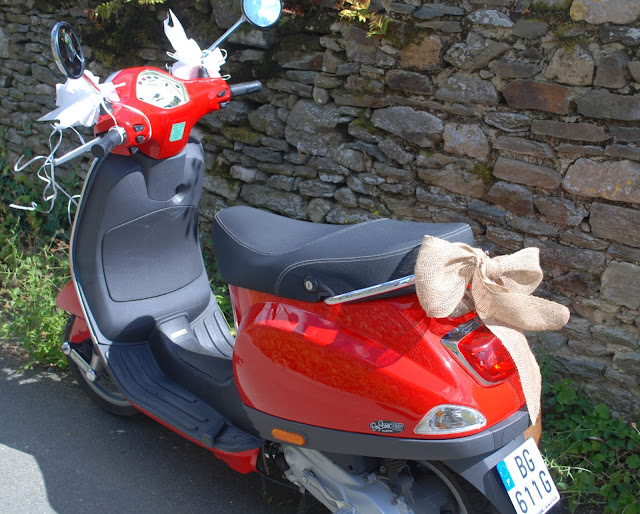 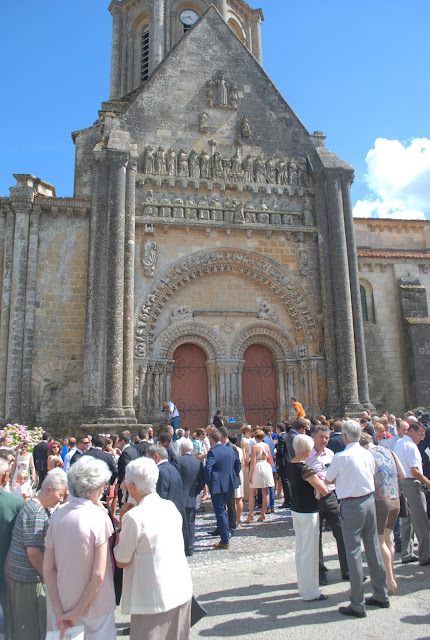 when someone was despatched to fetch the scooter and the happy couple zoomed off on it. 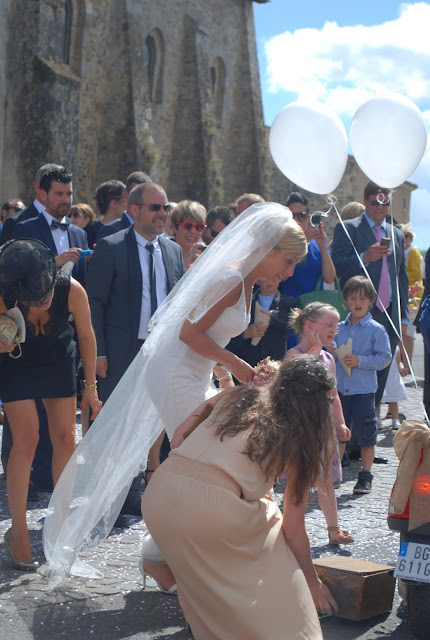 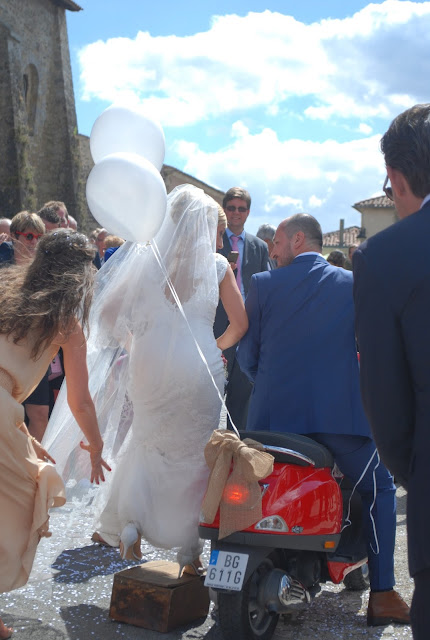 Also in the village I discovered the outdoors wash house used right up until the 1970's and this reproduction of the grotto at Lourdes inaugurated in 1958. 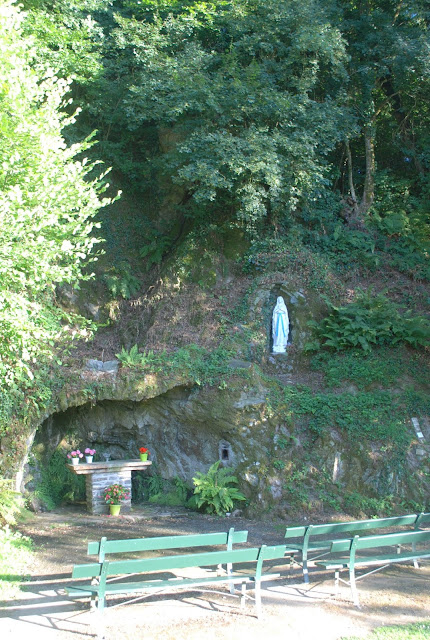 I never saw anyone there but by the looks of it, quite a few over the years must have been on the receiving end of a miracle! 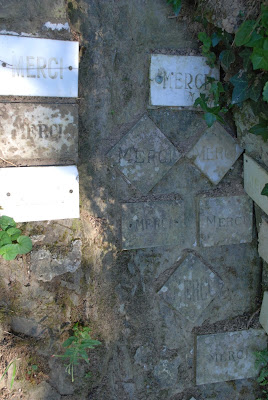 If you can bear it, I'll be back with more pics of my Vendéen visit soon.
Posted by Fiona at 17:53