Yes,  I've been on hols to my favourite place again...Vendée in France.  We stayed in a tiny rural hamlet, where I'd rented a gîte, which in a former life was probably a pig sty or cattle shed.  The view from the garden was superb...just miles and miles of corn fields. 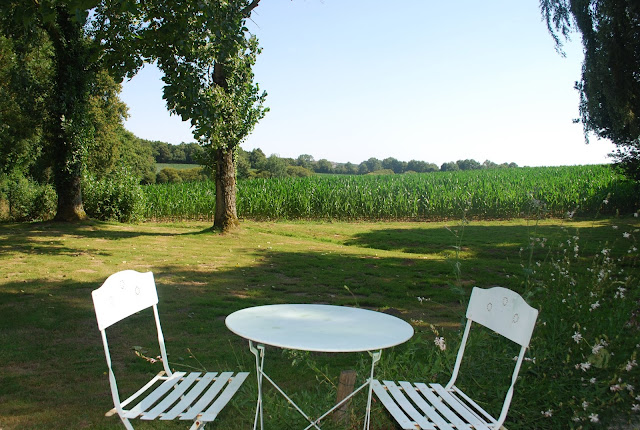 Agriculture is a significant source of employment in Vendée. Among the departements, it has the second highest level of revenue from agriculture in France. The major arable crops grown are corn, rapeseed, wheat and sunflowers. 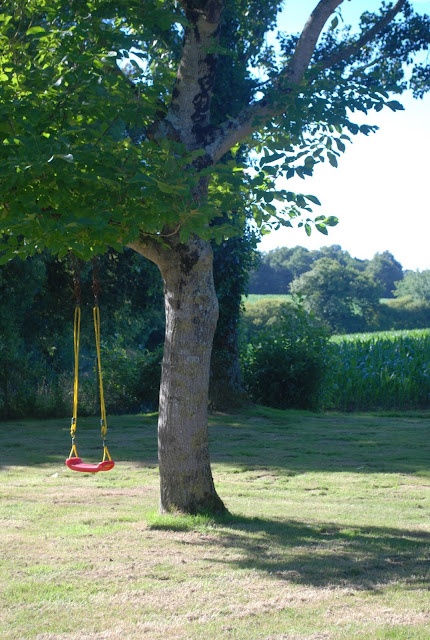 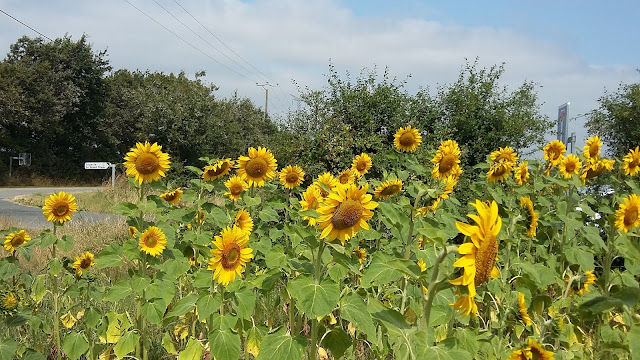 It was a very lazy holiday, with lots of lounging around in the sun, reading and knocking back the odd bottle of wine of course.  Some familiar places were revisited.... 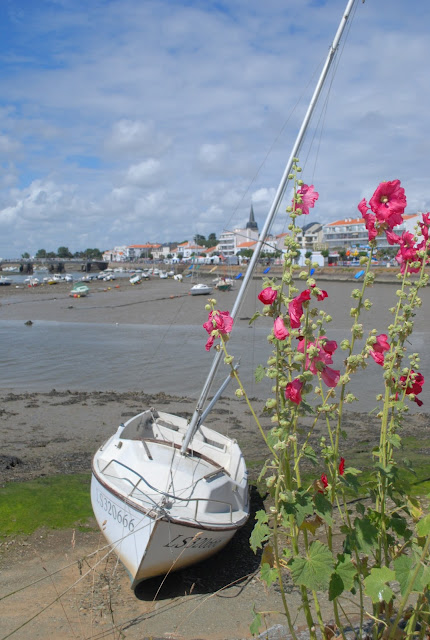 ...and Apremont, where we took a guided tour and learned of the history of the village and chateau. 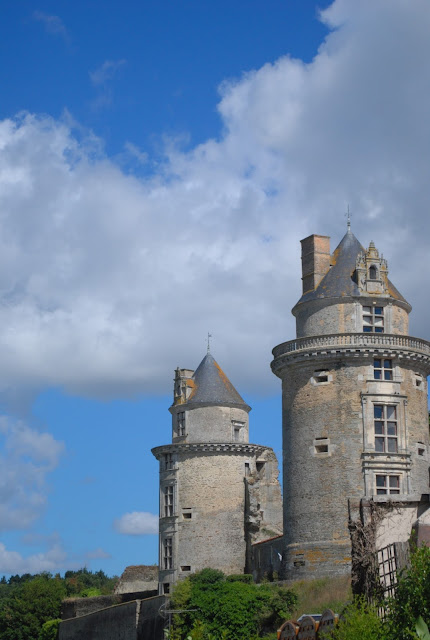 The castle, built around the 12th century was later besieged by Bretons who wanted to free a prisoner being held captive there and suffered much damage.  The two surviving towers were part of a renaissance chateau built in the early 1500's by Phillipe Chabot de Brion, Admiral of France and a friend of King Francis I.  Louis XIII was later to stay at the castle. 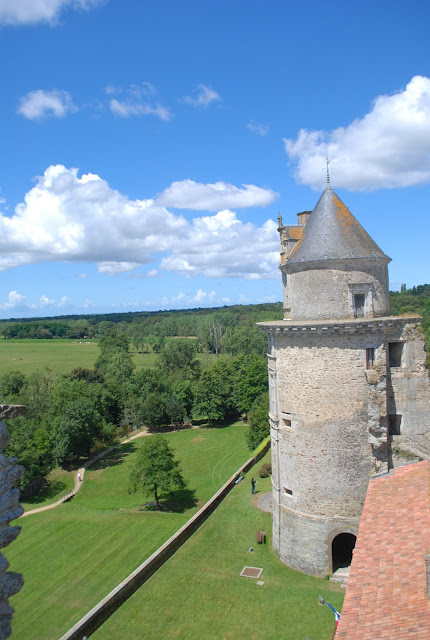 We later visited the chateau itself and climbed to the top of the East Tower where magnificent views of the surrounding countryside can be seen. 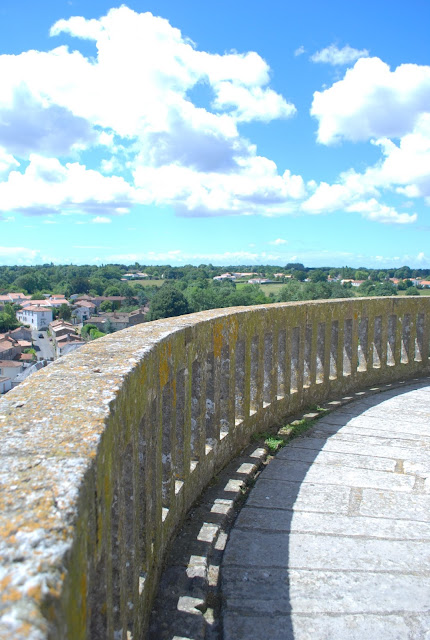 No daft Health and Safety here..they rely on you to use common sense...how refreshing. 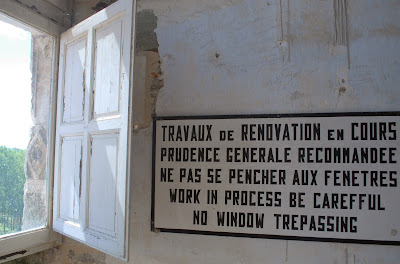 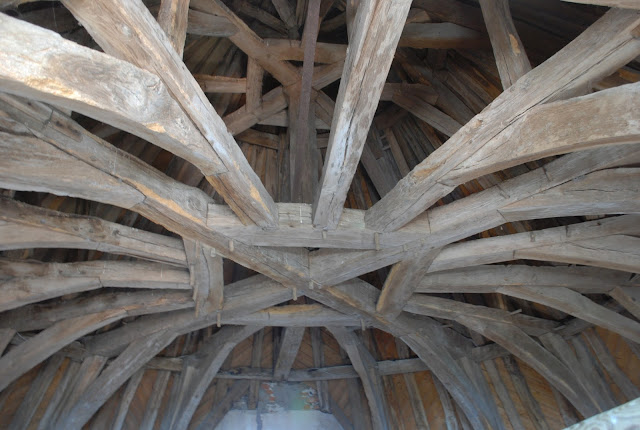 Included in the ticket price was entrance to the nearby Chateau d'Eau (water tower) which we visited later on in the holiday. 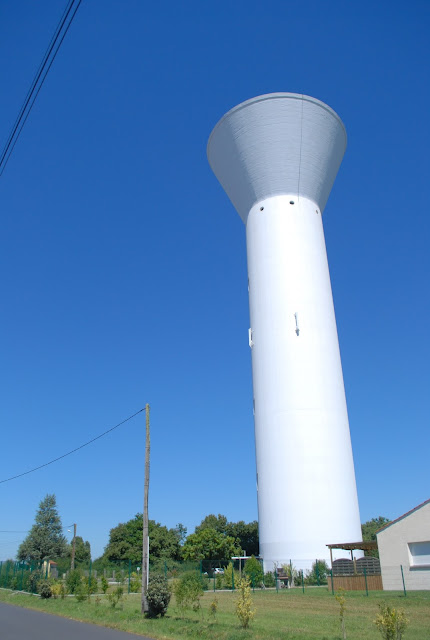 The water tower and nearby dam were built in 1966 to provide for the burgeoning tourist trade.
We took a lift to the very top, where an interactive visitors centre was located, complete with funky graphics.....not at all what I had expected.  A very pleasant young chap accompanied us up and as we were the only tourists at that time, we got chatting.  He explained that we would have to descend after 10 minutes to observe a minute silence for the recent horrific terrorist attack in Nice, which we did with the two other employees there. 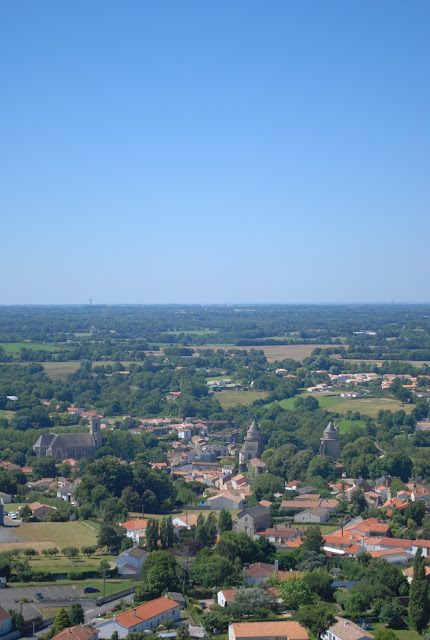 Afterwards we went up again to take a few snaps. Visitors are able to walk around the outside of the 125 metre high tower ...you can just glimpse the sea in the distance. 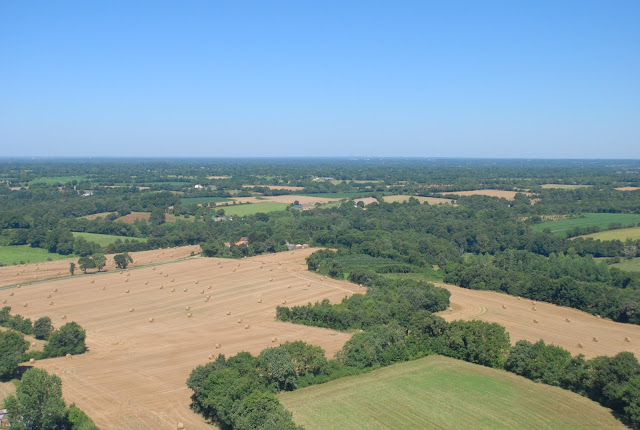 Of course, there were also new places to be discovered such as Commequiers where we attended the spectacular 14 Juillet fireworks display at the castle ruins.  We were advised to go early thank goodness, as crowds later swarmed the seating areas surrounding the castle and at 2230 when the fireworks commenced there wasn't a space to be had. 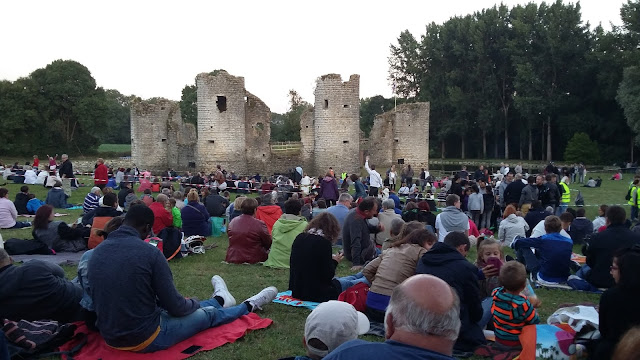 We also visited the neighbouring village of St Christophe du Ligneron where Les Puces were held one weekend.  Even though it was scorching it would have been rude not to go! 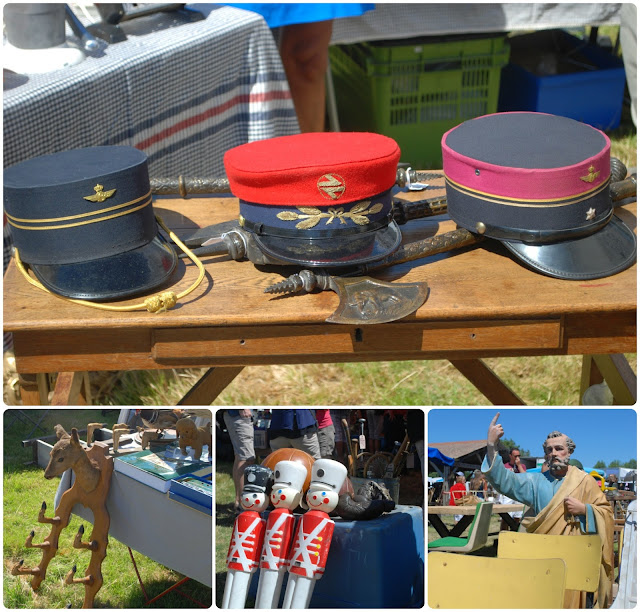 I purchased just one milk bottle... in general the prices were outrageous. 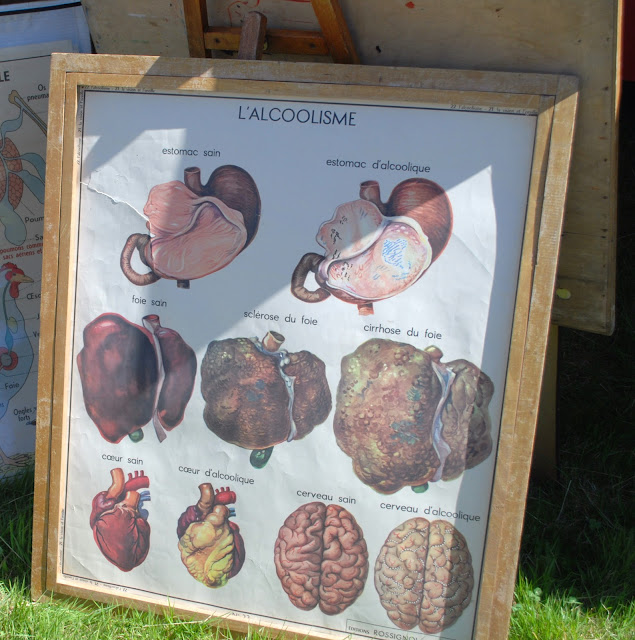 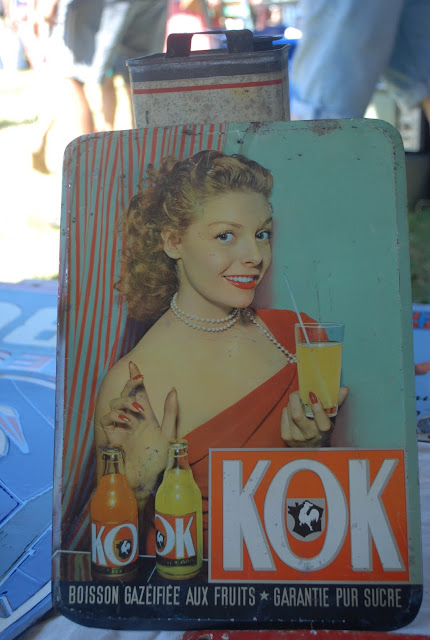 You can make up your own captions for this one!


If you are able to bear a few more holiday snaps I'll be back soon to share the rest of the trip.  In the meantime I'll leave you with French singer and songwriter Christine and The Queens, who I'm pleased to hear is now being played on British mainstream radio.  Enjoy.