Five on Friday - Pictures of Home


Not much of interest to report today.  Gallivanting around France so much recently has meant that things at home have suffered.  This week I've been playing catch-up and as a result have been quite productive.  I finally phoned Amazon about a refund for that order that never arrived, I organized the drain-down of my van in France, I phoned Scottish Power as instructed, regarding the installation of my Smart Meter (only to be answered by a machine that would not allow me to leave a message... yeah, helpful) and I made a start on the hedge! 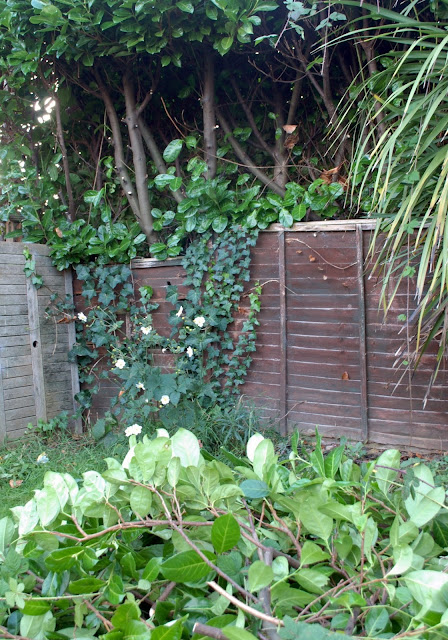 A nice man with a chain-saw will finish off the job for me as it is now about 10 feet high.  The laurel hedge is in the garden of my neighbour, an elderly lady who recently moved to a care home, whilst the property is empty and with her family's agreement I am going to reduce the height of it by half as it blocks out so much sun in my garden on summer afternoons. Hacking away with the loppers has been a most satisfying feeling.


Unpacking my winter wardrobe and putting away my summer clothes was also long overdue, another thing I tackled this week.  My out of season clobber gets stowed under the bed in this vintage suitcase, what do you do with yours? 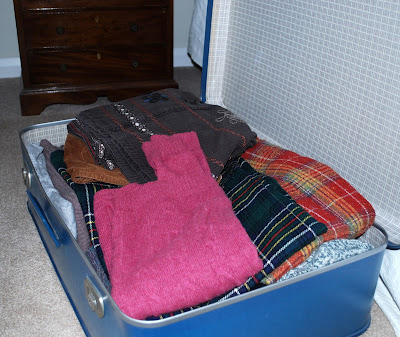 I noticed that my home was looking lacklustre and could do with a spruce up.  I'd like some new curtains but money's tight just now, a move around of the furniture would freshen up the place but my open plan ground floor does not lend itself easily to this.  Eventually I settled on decorating the mantelpiece and the sideboard in the hall with a few pine cones, a kilner jar filled with autumn berries and leaves and a few candles in jam jars...all of which cost me nowt. 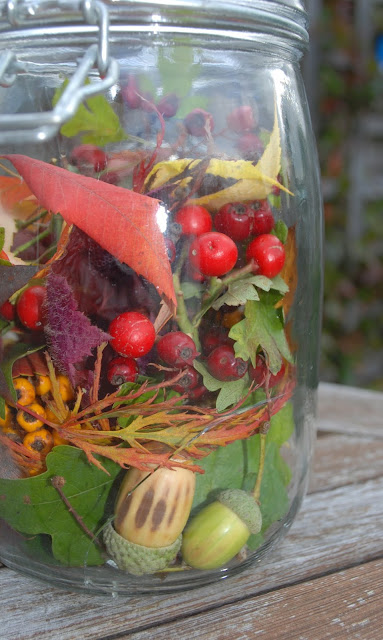 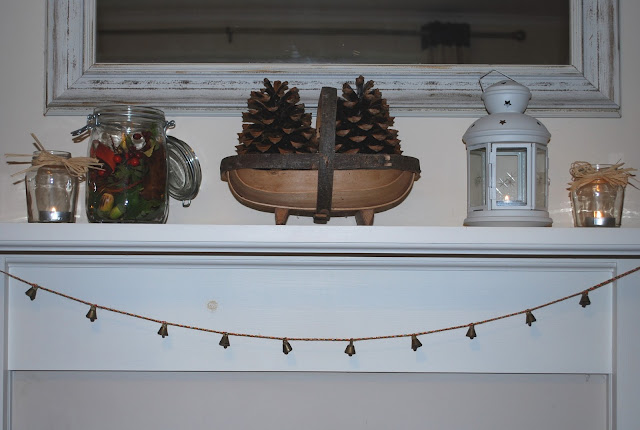 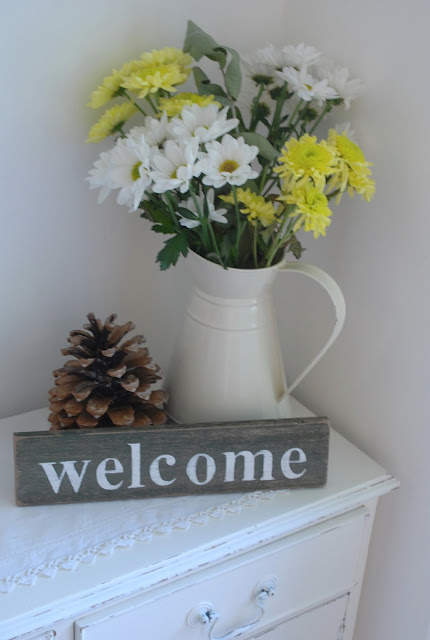 I also painted this picture frame to tie in with the black theme going on in the hallway. 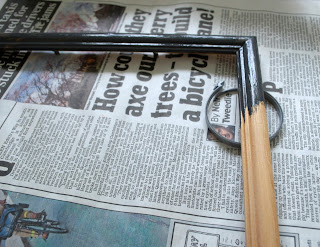 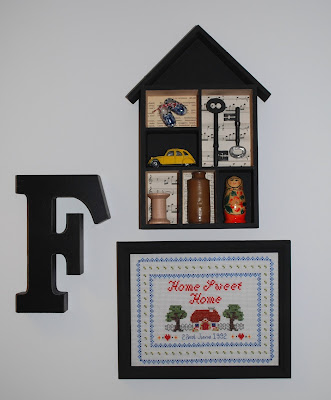 Now the evenings are dark so early and I haven't been around enough to get into anything much on the telly, the crochet hook has been in use again making this floral ring.  I used an inexpensive plastic embroidery hoop, double crocheted around it and then attached the flowers and leaves. 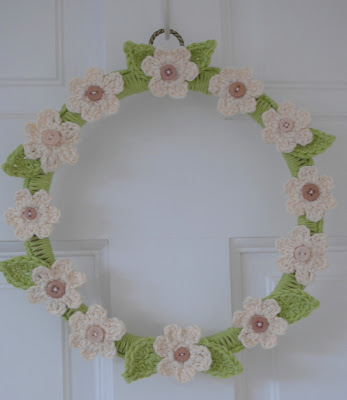 I also made a pom-pom hedgehog in front of the telly the other night.
Not sure he looks very hedgehoggy though, his snout is not quite right and the cute factor is definitely missing. 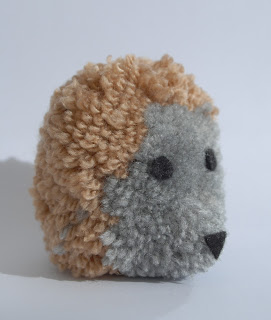 
My final chore before going back to work today was taking the garden rubbish and other crap to the tip, only to discover that it is now closed two days a week!  Yet another victim of cut-backs Britain. 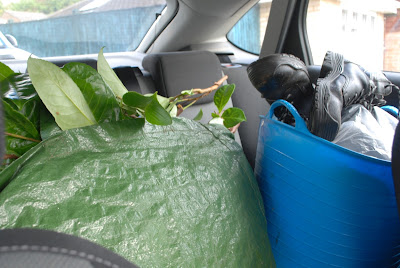 On that cheerful note I will leave you with some bangin' sounds from the 70's.  Enjoy your weekend.
Linking with Amy's Five On Friday