....so said Frank Sinatra.  He also said it was 'so much nicer to come home',  err.... not if you discover a leak under the bathroom basin less than ten minutes after stepping foot back over the threshold and the following day your microwave goes bang .  These things happen I suppose, but I did wonder if I should have stayed in France and after three weeks there, I really didn't want to come home. 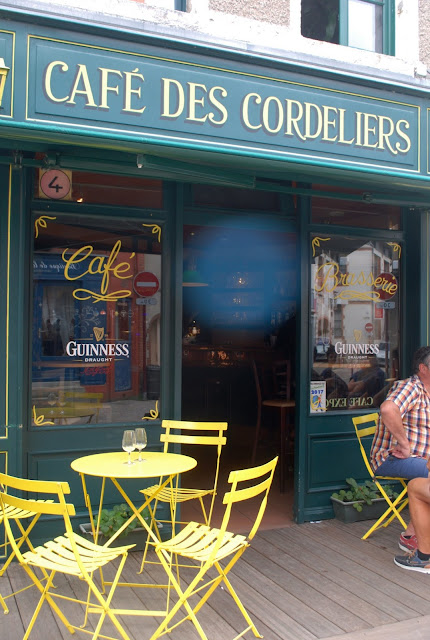 I would normally post a travelogue after my trip but I'm concerned that you might be finding them tedious after so many visits to Vendée.  Instead I'm posting a few frivolous thoughts and observations about life across the channel.

Mireille Guiliano famously wrote some years ago that French Women Don't Get Fat, but has she been to rural France lately?  Let me tell you, it is a myth that all young French women are chic, skinny and well groomed...they are not.  I saw plenty of overweight women whilst I was there, dressed in unflattering leggings, baggy and over tight tops, devoid of make-up with scraped back hair.  However, there is this notion, perpetuated by many a blog writer, that les françaises wouldn't be seen dead without looking effortlessly put together.        Of course the women I saw may have been tourists but one thing was certain, they were all French. Perhaps British actress Dame Kristin Scott Thomas, an honorary 'froggie' (she was awarded the Légion d'honneur no less) whose views on French vs British women were not well received in some quarters, should get herself down to Le Pays de la Loire as I think she may be slightly out of touch. The stylish and elegant women that I did notice, were locals going about their daily business and mostly over 60.  I wish I'd taken some sneaky photos but I was concerned that I might get caught and offend.

Another thing I've been noticing for a while is how much Anglais has crept into French, something I think is a terrible shame.  We all know about le weekend, le sandwich etc. but du hard discount ??  WTF!
L' Acadamie Française has tried to prevent anglicization of the French language, but it doesn't seem to be having much luck does it? 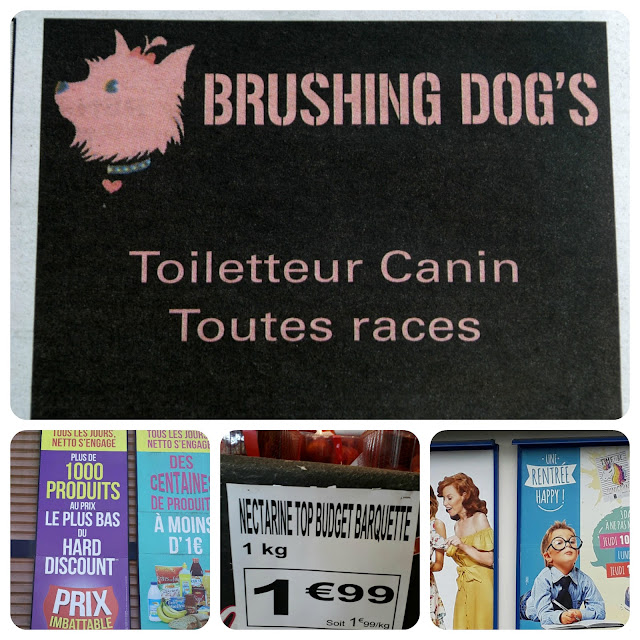 Little dogs seem to be everywhere in France, is it a trend or are small canines favoured over the channel? 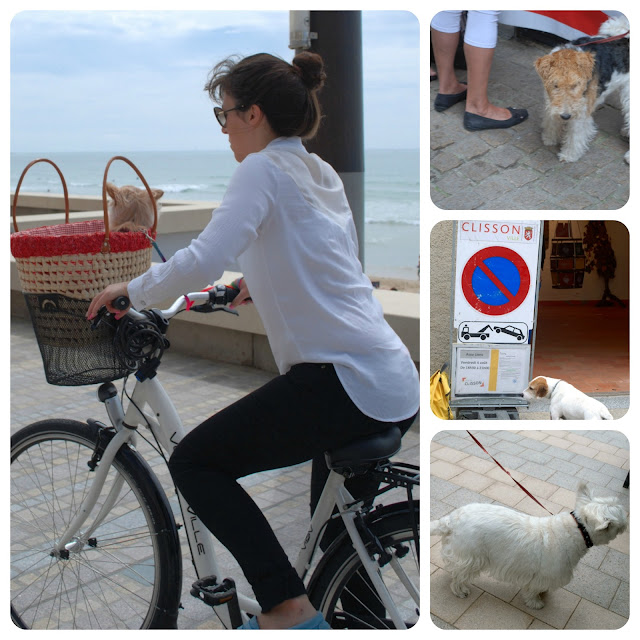 I've often read that Paris is a dirty city, I've not been there in decades so I can't comment, but here in the UK I feel ashamed of the litter and fly-tipping that blights our towns, cities and villages.  Litter is not something I noticed in rural France and I remarked upon this to a British friend that I met while there.   We noticed that chewing gum had been jet blasted from les trottoirs, fag ends were absent from the pavements and bins were not overflowing.  Dog poo is very much in evidence though! 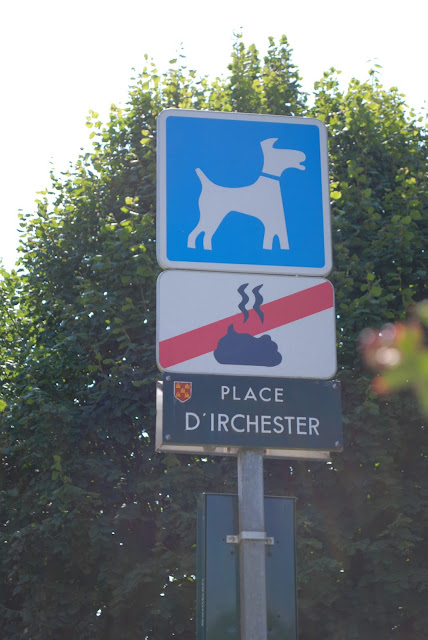 As I age, (and I've recently celebrated another shocking birthday, the one where you can take a lump sum from your occupational pension) I'm finding it takes longer and longer to make myself presentable to the outside world.  Sometimes I will just dash out without a scrap of make up, but usually the very least I rely on is mascara and lip gloss.  France is generally a lot more expensive than the UK so I checked out the beauty aisles at the local supermarchés and was pleasantly surprised.  I'm too tight to pay top dollar for high end beauty brands such as Caudalie, La Roche Posay, and Nuxe ...as lovely as they are and rely on less expensive (read budget) products.  I wondered if it was possible to find anything in my price bracket in French supermarkets and found quite reasonably priced cosmetics, mascara and nail polish €3.99, eyeshadow €4.99, sitting alongside the pricier brands such as L'Oreal and Bourjois.  I also found myself a great lipstick in Lidl for €1.29! 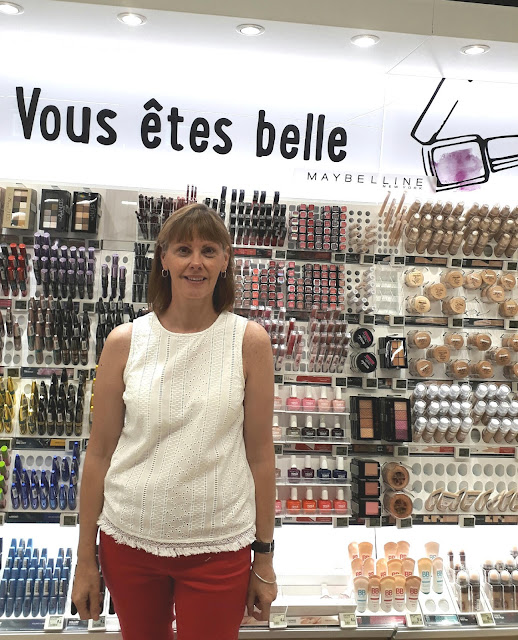 A friend took this photo of me after viewing my attempt of a selfie and informing me that my neck looked like Deidre Barlow's!  Thanks mate.
Here's Deidre...for any non UK readers she was a famous character in a soap opera, now no longer with us. 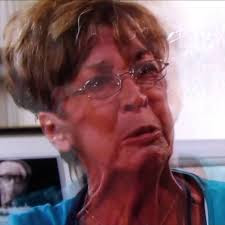 Finally, I discovered some fantastic Gallic tunes on the radio and this one, a big hit from les années quatre-vingts is a favourite. The video was directed by controversial filmmaker and photographer Jean-Baptiste Mondino.  Enjoy.