It's been some while since I did any crafting and I should think any crafty followers I may have had, have long since abandoned me, I wouldn't blame them.  I'm back in making mode due to three family birthdays this month, two of them big 'uns.

First up this card for my brother Stu, whose birthday was earlier this month 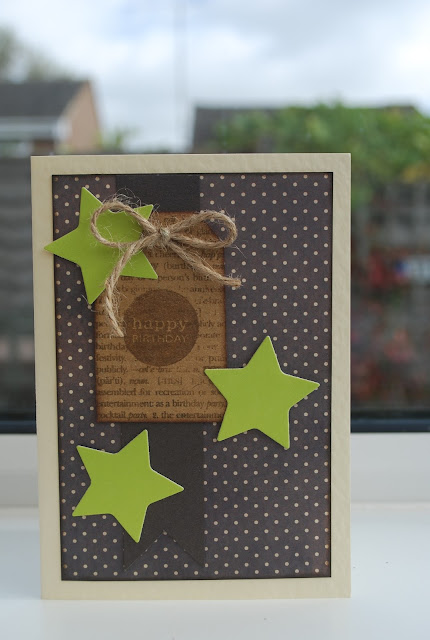 This next card I made for Emily, his daughter who turns eighteen at the end of the month 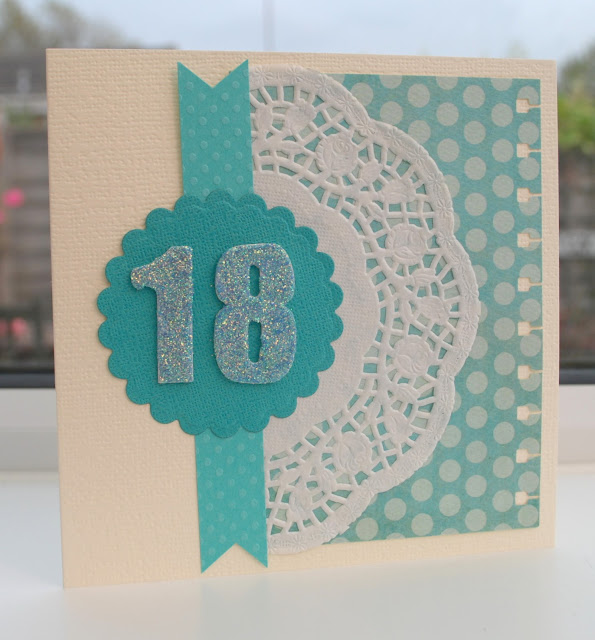 and finally after much thought I created this bottle shaped card for my uncle Ray who celebrates his 90th birthday on the same day. 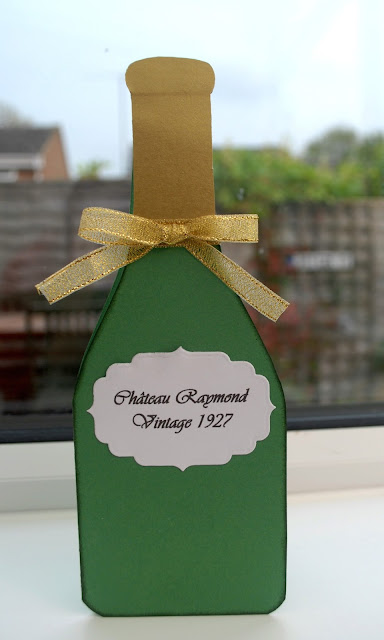 All cards were made with scraps from my obscenely large stash, something I intend to work on reducing over the coming months.

Whilst my die cutting machine was out I cut some stars from a pair of 30p jumble sale jeans as I'd an idea to patch a couple of cardis which had been attacked by bloody moths.  My darning isn't fit to be seen so I thought this could be a good solution as the cardi below has only been on my back a handful of times. 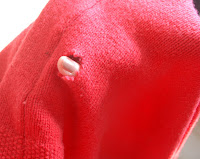 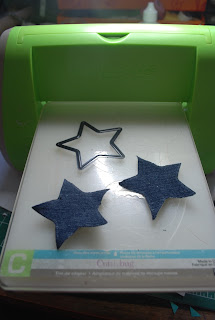 There's life in my knitwear yet! 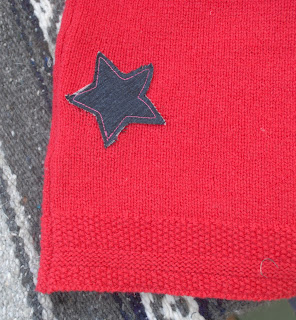 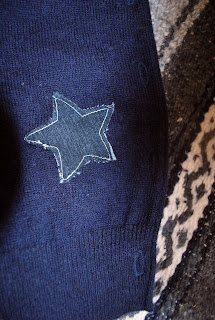 Thank goodness I took all these photos earlier as halfway through the afternoon the sky went a very strange colour and it looked as though the end of the world was nigh.  Storm Ophelia is to blame I gather and according to the news she's letting rip on the country thirty years to the day of the Great Storm.
I hope you're not getting too battered where you are?

Linking to Handmade Monday # 47... where you can see some serious talent!
Posted by Fiona at 17:00