So, I'm back from my holidays in Cornwall and bloody lovely it was too, the sun shone from the moment we arrived until after we got home.  I say 'we' as I went with... the new bloke!  I've been seeing him for a few months now but although I've known him for twenty years I was quite apprehensive about going away with a man after so long on my own.  Anyway I'm pleased to report all went well and he managed to put up with me, I even got him in a charity shop!


We had the most glorious weather, great food, stunning scenery, beautiful beaches and there was no shortage of cider either! 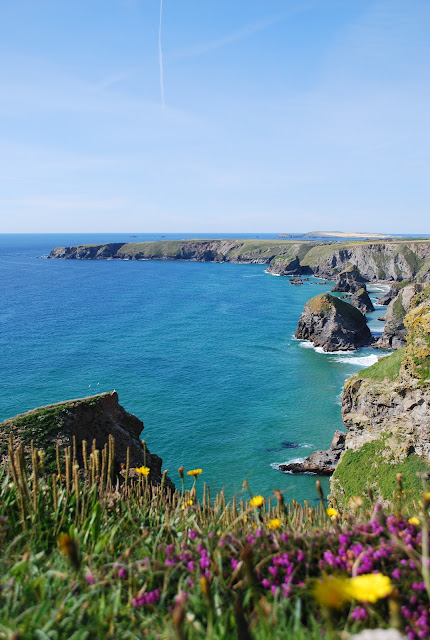 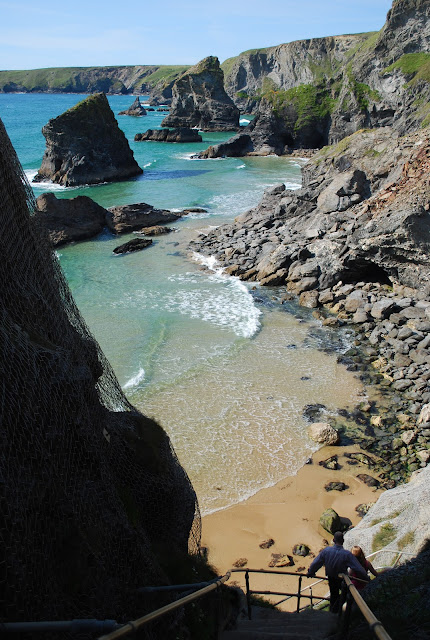 Bedruthan Steps. We climbed the 142 steps down to the shore, the way back
up included several stops,......... just to take in the view, you understand.
Unfit, moi ?? 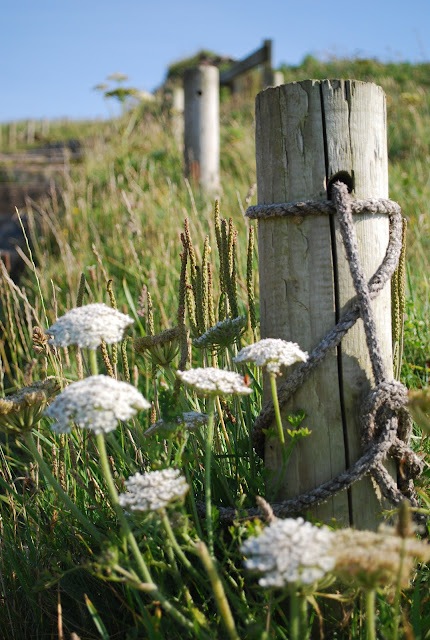 (This one's a favourite) 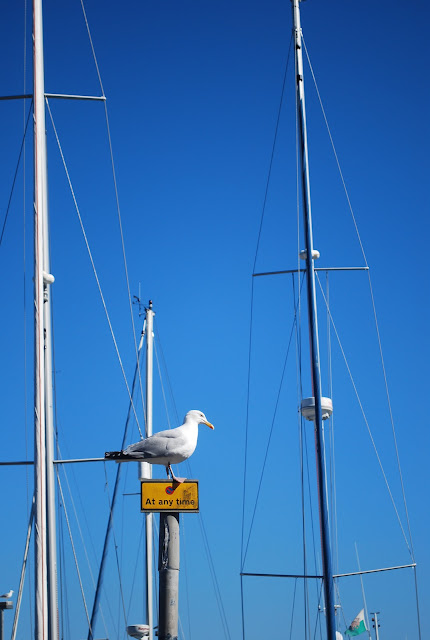 "Just try sticking a parking ticket on me mate !" 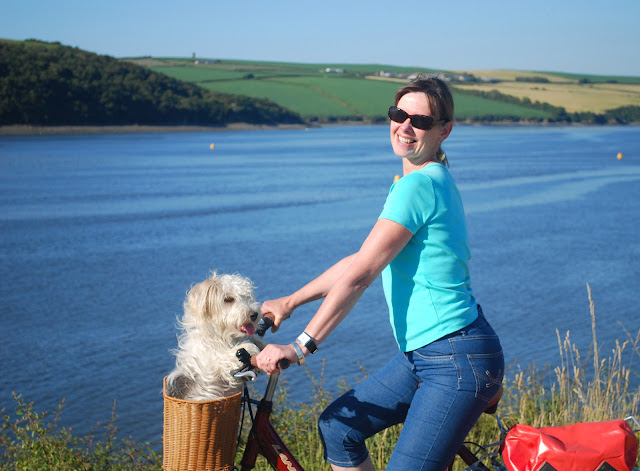 Yours truly and Chalky cycling along the Camel Trail from Wadebridge to Padstow.  (Worry not dear readers, Chalky had his own trailer and this basket pose was just a photo opportunity. No dogs were confined during this cycle ride!) 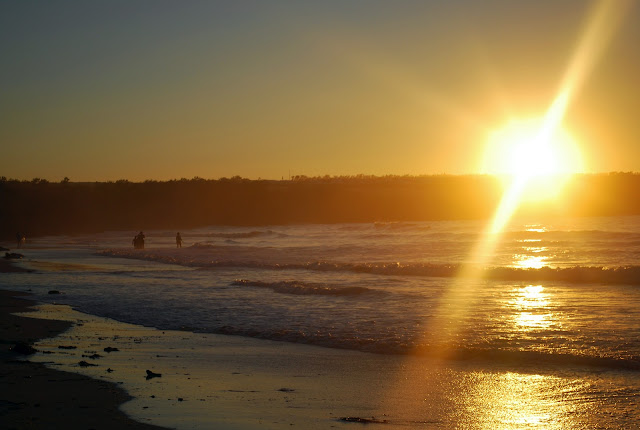 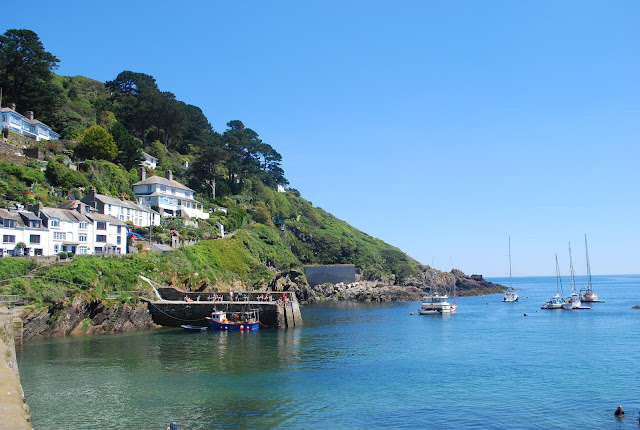 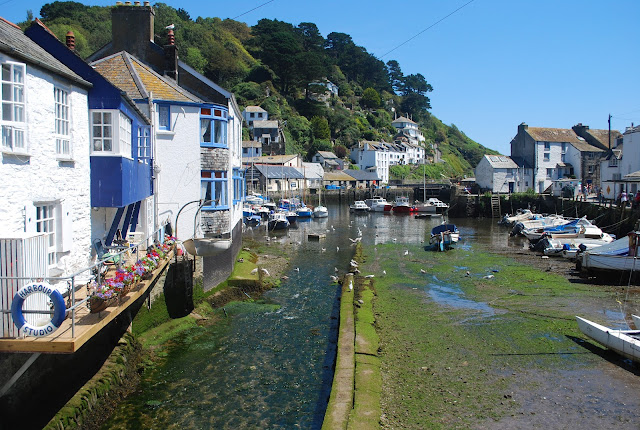 
Whilst away, I even got to see Vik, an old friend from my backpacking days whom we met in her home town of Truro, alas I forgot to take any snaps we were so engrossed in conversation.  We haven't seen each other in 5 years and it was so lovely to catch up, the menfolk seemed to have plenty to chat about too fortunately!

Back to reality now and Olympic mania.  I have been very cynical about the whole Olympic event, the cost to the nation, the G4S debacle etc, (why did the Government not consult me first ?  When G4S had the Passenger Special Assistance contract at Gatwick they could not even deliver a doddery pensioner to a flight on time !!!)  but even I had to admit, what I saw of the opening ceremony was pretty impressive.  Much as I loathe Mr. Bean I thought his appearance was inspired as I believe he is known around the globe.  Can't say I shall be watching any more of it though as sport interests me not.

Off to catch up with all of you now.