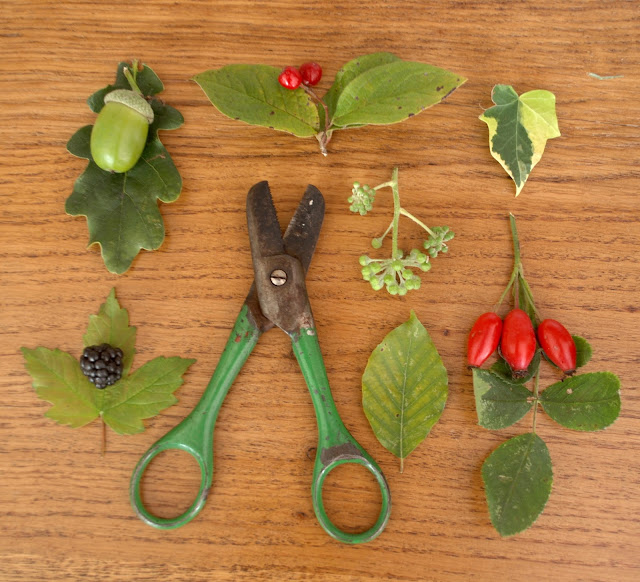 The 22nd of September saw the Autumn Equinox, so I collected these leaves and berries from the hedgerows hereabouts to create a photo which marks the changing of the season.  My Countryside Companion imparts this September weather wisdom.

Should you notice a goat graze with his head to the wind, expect a fine day;
but when he crops with tail to the wind, look out for rain during the day. 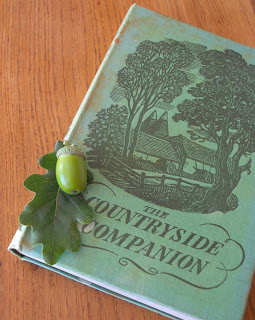 Don't say I didn't warn you!

It's been a busy old time recently,....(more of that later) so blogging has been brief and sporadic... no change there then, I hear you cry.  Here's an update with what's been goin' down in my neck of the woods. 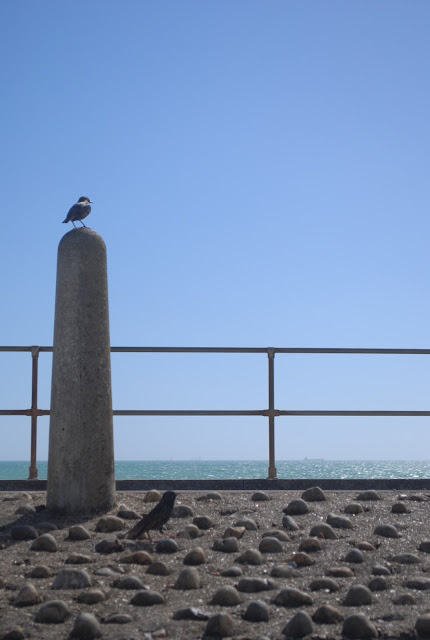 Last week, whilst the south of England was basking in sub tropical temperatures, I took a trip to the coast to visit a friend who lives a stone's throw from the sea.  Another friend joined us and we strolled to the beach side café at Shoreham Harbour and ate lunch, chewed the cud and sipped wine...all very pleasant indeed.
From our table we could see the new i360 Tower at Brighton. For those not familiar with it, there's a pod around the exterior of the tower which travels slowly up to the top for fabulous views over the coastline and South Downs. The day before, it had broken down stranding visitors halfway up it for two hours, and since then it's stopped again... not a great record for something that's only been open for three months. 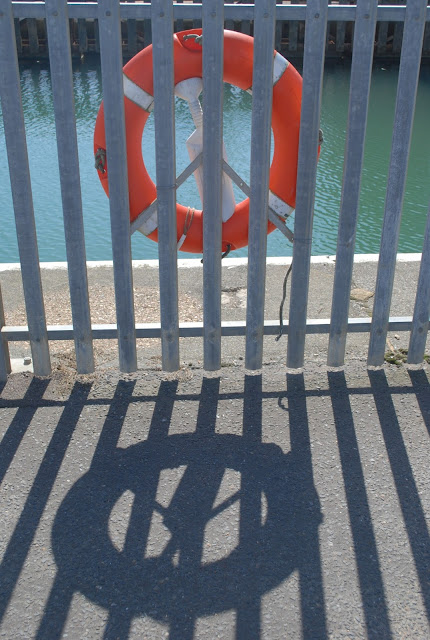 Offshore, we could see the beginnings of Rampion Wind Farm.  My friend told us that at night he could hear the pile driving works in progress, amazing when you consider it is thirteen kilometres out to sea. 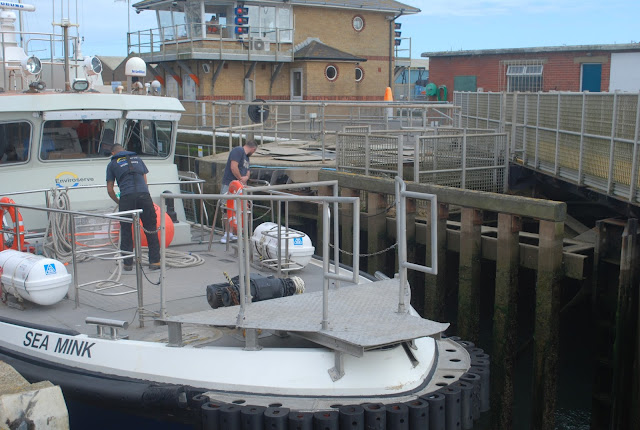 After lunch we ambled back from the seafront and had to wait a while for the lock gates to be opened.  This boat was passing through and we got chatting to the blokes on deck who were involved in environmental work.  They told us that they sail out to the wind farm to try to chase away any dolphins, porpoises or seals to help preserve sea life and to prevent interruptions to the work. Interesting stuff.

Somewhere else I've been lately is nearby Rowfant House. The house, a blend of 15th, 16th, 18th and 19th century architecture is rich in history, having been requisitioned during the war and latterly being purchased by the Latvian Church, who restored it to a habitable state, so it's especially sad that it is up for sale. 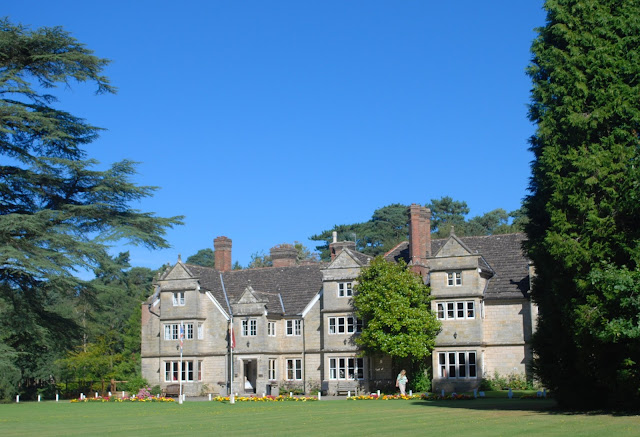 A  house clearance sale was advertised so I went along to have a look and came home with a few useful bits. 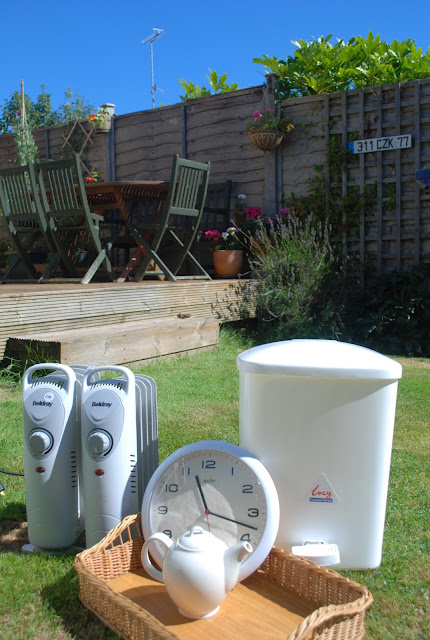 3
A Classic Car event was planned at our local caff last weekend and I took a hike down there with my brother and SIL.  It's just a small place so I wasn't expecting many motors, but happily there was a decent turn out and we spent an hour reminiscing and inhaling the wonderful aroma of leather interiors. 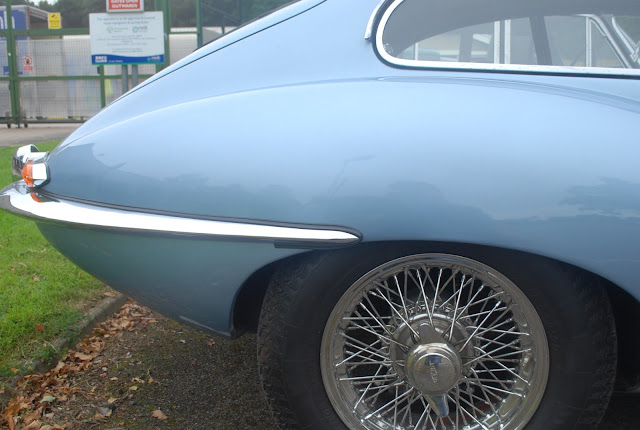 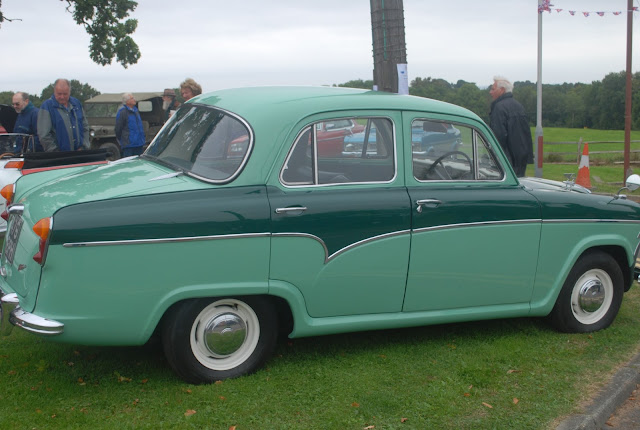 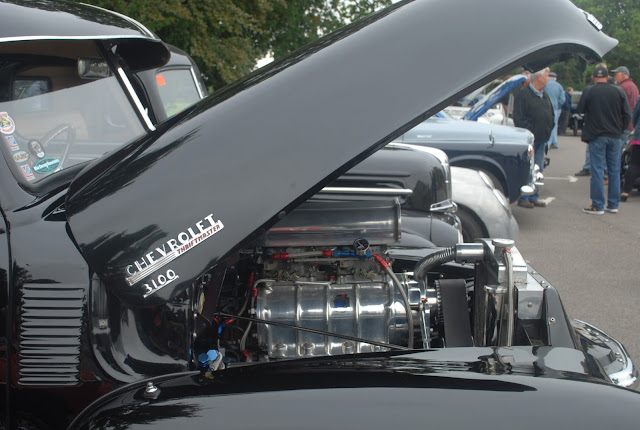 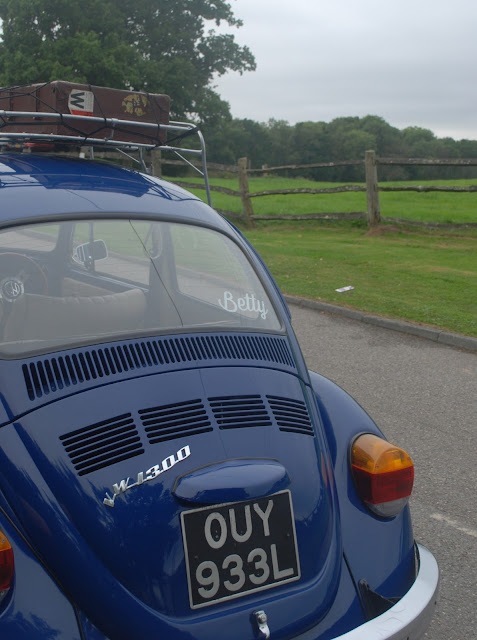 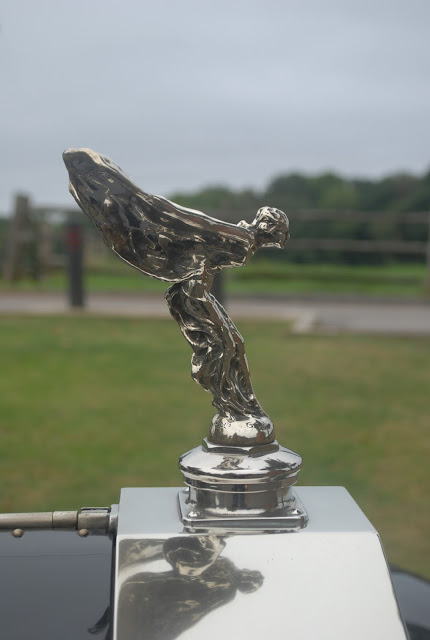 At home the Frister & Rossman was dusted off and I spent an hour and a half in front of the telly one evening, seam ripping an ink stained duvet cover.   The stained half I'll use as a dust sheet when decorating, the other half I sewed into a sleeping bag liner. 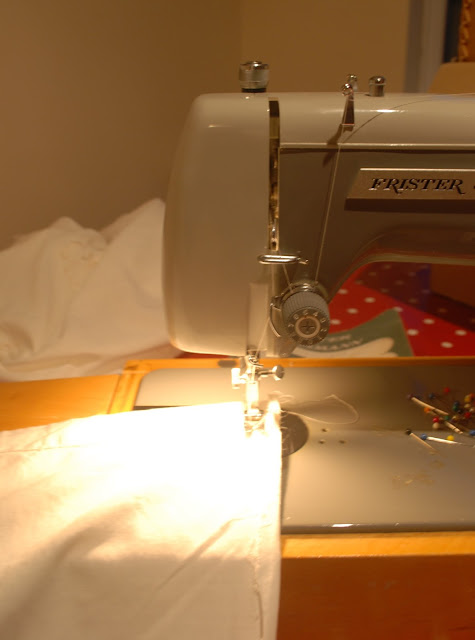 I saved myself at least a tenner by making it myself and being a thrifty sort, I removed all the duvet buttons too and will recycle those some time in the future.

Now to explain why I've been busier than a one-armed paper hanger.   As the saying goes 'it's a woman's prerogative to change her mind'.... and I have.  Back in June after the EU referendum, you may have read here how I was having second thoughts about my dream of buying a little static caravan in France.  Since then I've had a change of heart, largely due to by chance finding this super second-hand 'mobile home' on a lovely rural site whilst on holiday in Vendée this summer.... and a wake-up call regarding my age!   On my return home, I did some sums, thought about the lovely place in France and after some dithering I made an offer... which was accepted!  I decided if I don't do it now, I never will, life is for living and (I believe) we're only here once! 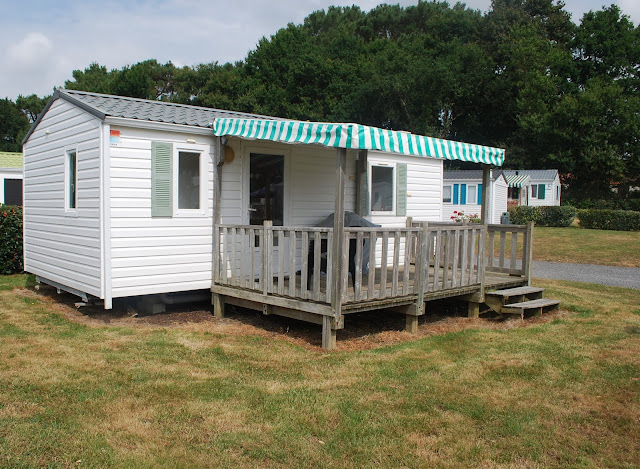 Since then it's been non-stop emails and phone calls organizing the purchase and insurance... my French has been well and truly tested and of course there's been shopping galore.  The items bought at Rowfant House will be going out and so will the sleeping bag liner...(for use on the last night of my stays so that I don't have to leave dirty bed linen behind.)  I'll be crossing the channel soon.... exciting times lay ahead!

So that's my Five this Friday, thanks to Amy for the link up and to you too if you made it this far.
Posted by Fiona at 08:19 24 comments: 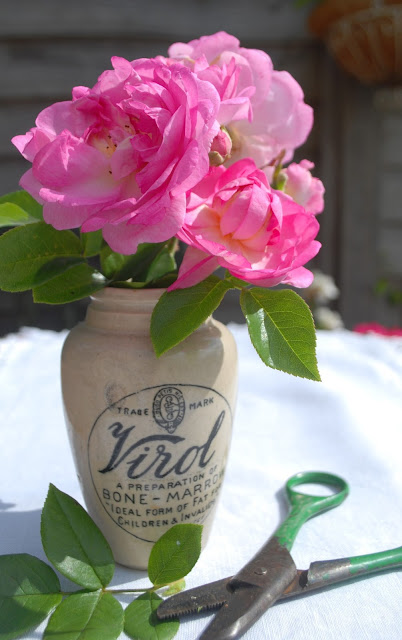 My climbing rose has had a severe pruning this week, it had got so leggy that I hadn't even noticed these last blooms because they were hanging over the fence into the neighbours garden.  I hoicked them back, shoved them in a pot and displayed them on the patio table.  Don't they look pretty?
Linking up with Sunday Photo.
Posted by Fiona at 10:10 20 comments: 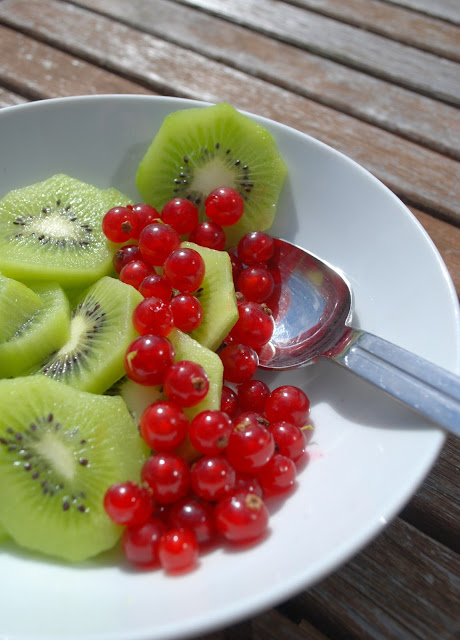 It struck me whilst preparing two of my five a day, how vibrant and attractive the contents of the dish looked, and so before you could say 'David Bailey' I'd whipped my camera out.
With a generous dollop of Greek yoghurt it tasted every bit as good as it looked.

Linking up with Photalife's Sunday Photo
Posted by Fiona at 08:20 12 comments: