Here in the South of England the summer seems to have fast-forwarded to autumn a bit bloody early for my liking.  The fair days in August were few and far between and outdoors photo taking opportunities were limited, hence some of the following are from my archives. I have to admit I struggled with a couple this month but being challenged is a good thing, eh?  Thanks to Greenthumb as always for hosting the hunt. 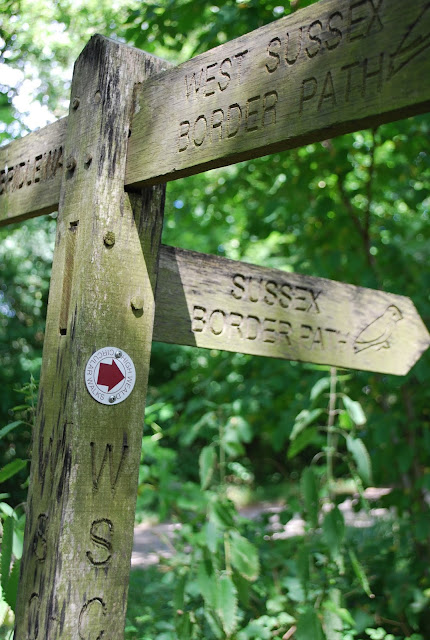 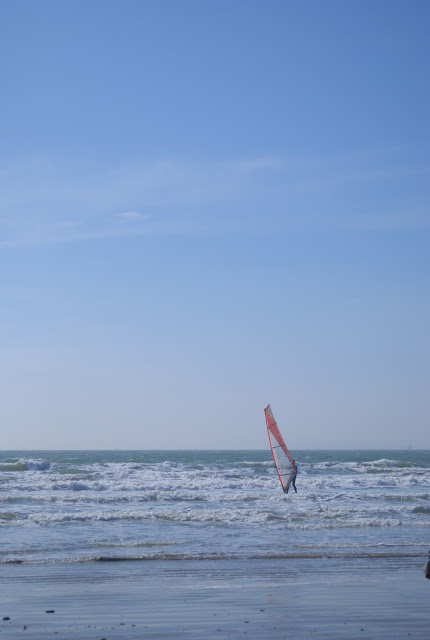 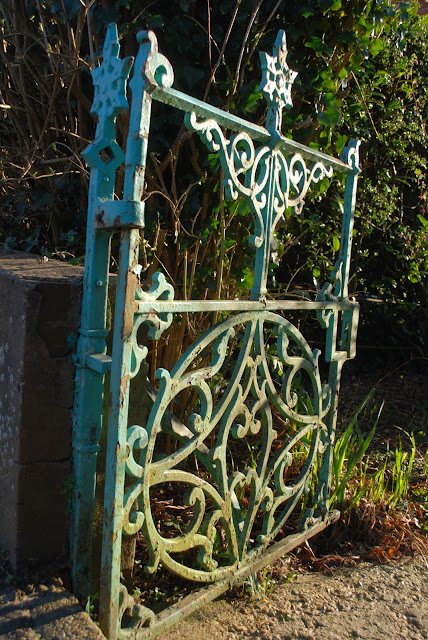 This ornate, but faded square gate caught my eye. 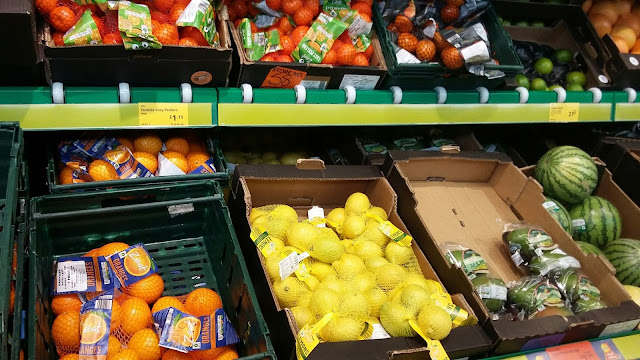 A supermarket shot....this one's cracked it in terms of variety of fruit and veg. 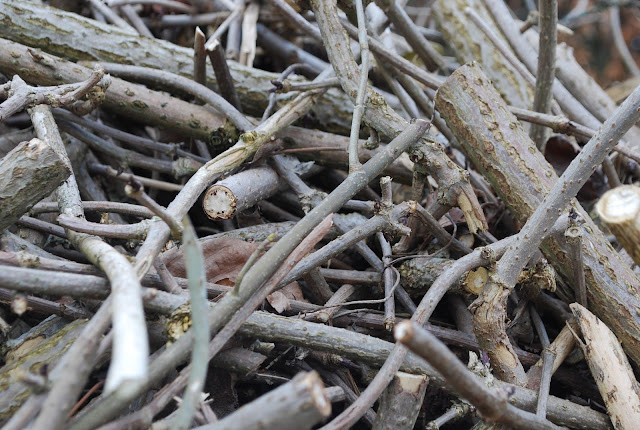 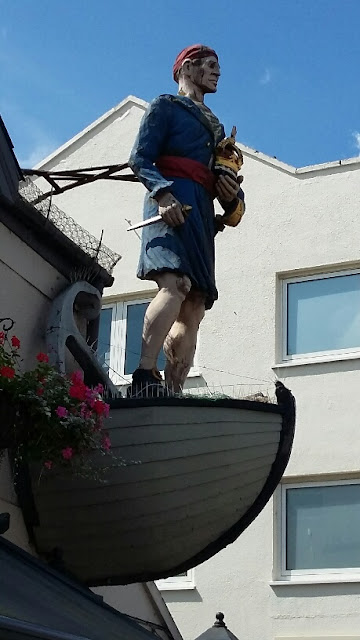 This sailor statue stands on the bow of a boat above the doorway to the
Crown & Anchor pub in Shoreham, West Sussex.  I was here with friends just four days before the horrifying air show tragedy. 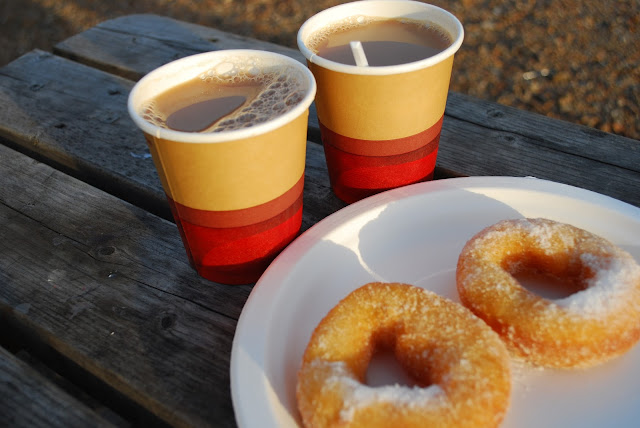 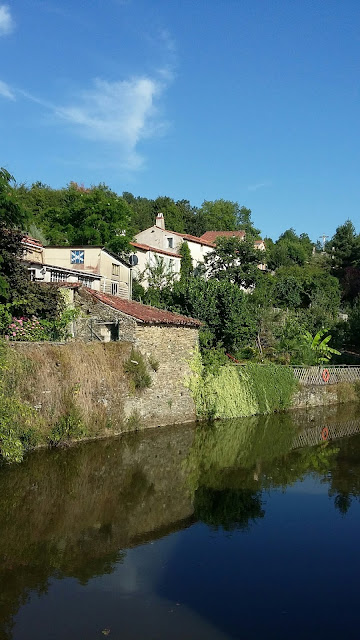 Although the last day of August was only yesterday, I've all but forgotten about summer.
Here in the UK it seemed to end some weeks ago and there's been perpetual precipitation ever since.  This photo was taken in Vendée in June. 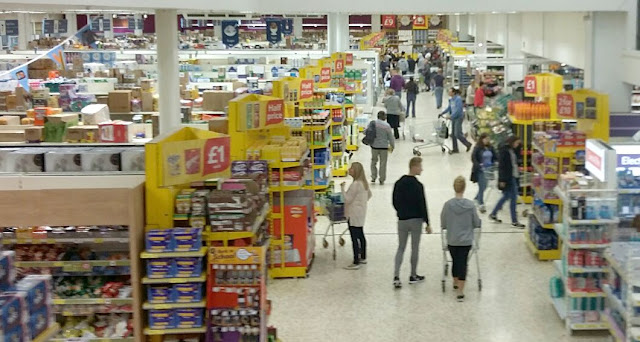 Believe me, this shop was packed!  Strange that people have nothing better to do on a Bank Holiday than shop,  Me?....I had an appointment with the optician. 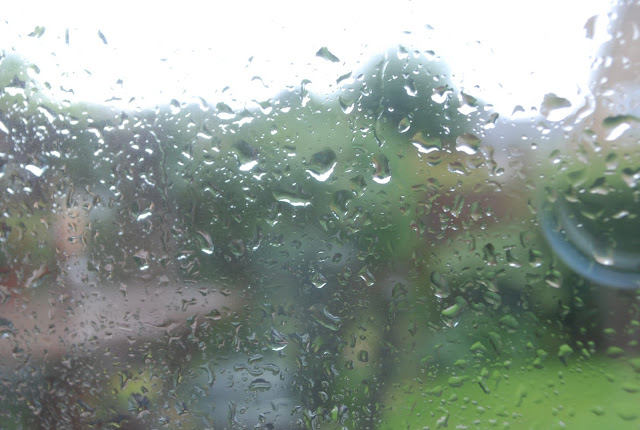 Banging on about the weather again...the relentless rain. 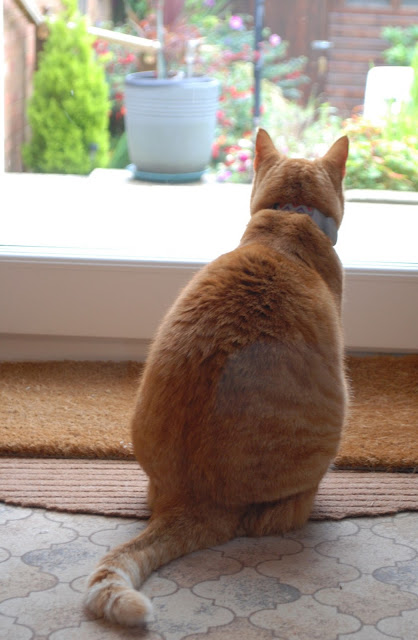 My neighbours' cat Sonny.  I went in to keep him company from time to time while they were on holiday.  He didn't even mind when I absentmindedly called him Prudy. 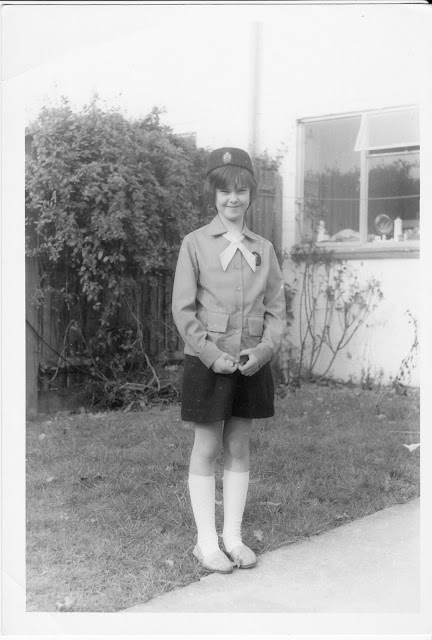 Something now to give you a laugh.  Me in my brand new Girl Guide uniform (plus slippers) in the early seventies.  I was in the Kingfisher patrol but around the age of 13 I decided I was too cool for Guides, and left.


Why not join in next month, here's the subjects.