It's FOF time and yet again I don't have much to say.  I am happy to report that Sandy, my foster cat has now left me for his 'fur'ever home and is doing well.  I'm missing having him around but I'm sure there'll be a new furry visitor soon enough.  Anyways with no exciting happenings to share I'm posting a brief synopsis of my week, head on over to Tricky's FAST blog to check out more FOF's.


Sunday
Following a night shift that finished at 6am I struggled out of bed at 11 and one mug of tea later shot into town for some shopping.  Having entered the multi-storey car-park I was pissed off to find that they are now charging on a Sunday!  First stop was Poundland.

I'm off across the channel soon and scooped up a few items that'll be useful. 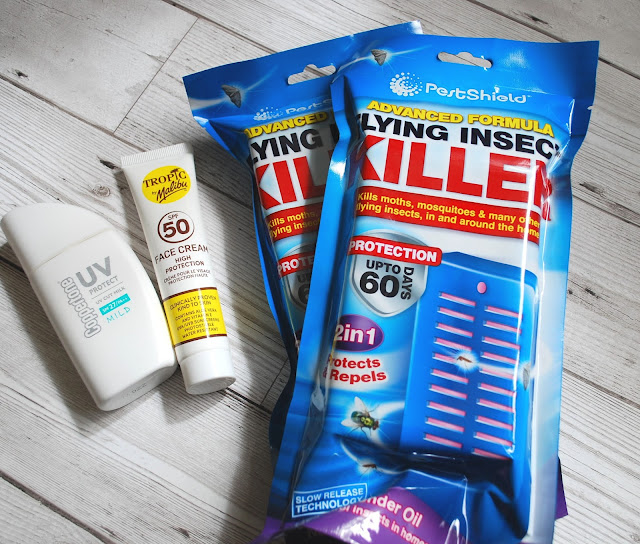 The Coppertone sun tan cream was only 50p...wondering now why I didn't buy two!

These jeans I scored in a charity shop for £4 will be coming too. 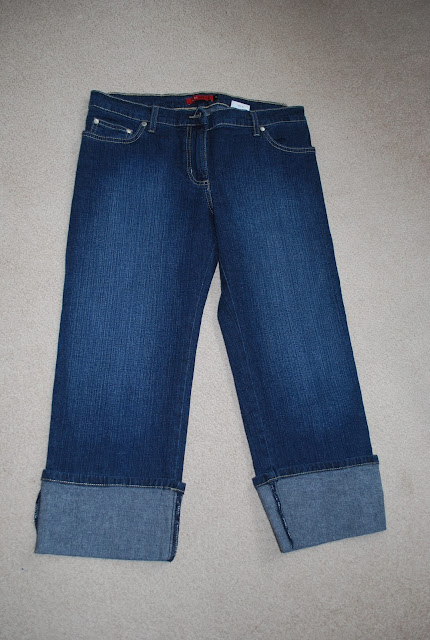 And I invested in some new cosmetics at Boots. 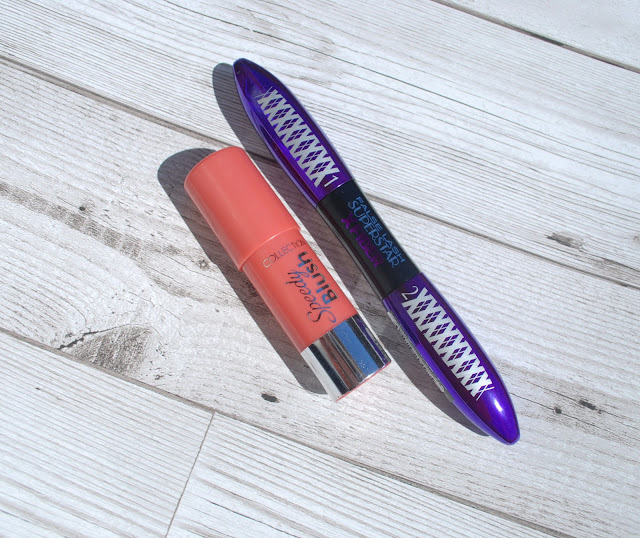 I saw this two step mascara advertised in a magazine.  First you apply one end...a seemingly normal mascara, then use the other end which adds fibres to give mega (clumpy) lashes.  So far I like it, not cheap though at £10.99.

Later on I finished this mini cat blanket...I'm finally starting to make serious inroads into my yarn stash! 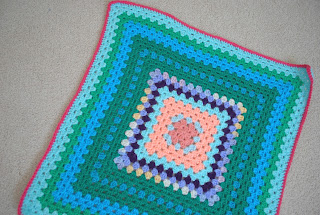 Monday
You can see below that I'm very lazy about my hair and only have some dark low-lights put in every few months....January 3rd was the last time!  However I've noticed the barnet is getting badger-like faster and faster....(quelle surprise, I am knocking on the door of fifty five) so it was off to Gorgeous, the local hairstylist, that I went.

Making me gorgeous is a tall order these days, I didn't lose all my grey but they've made me more presentable for a while.

A pub lunch at The Red Lion with my octogenarian friend Pauline.  We were so busy yakking that I forgot to take a photo of the two of us. 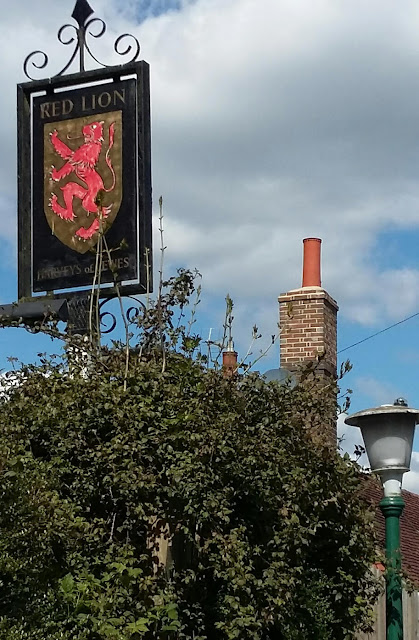 Wednesday
Was extremely busy!  In the morning I swung by my regular Knit and Natter group, where Gilly was celebrating a big birthday.  We had a whip round and bought her a clematis which bears her name, the label said  'good in all positions' which she declared was just like her! 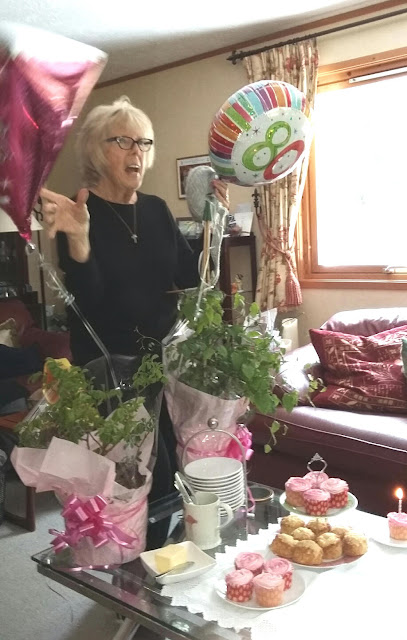 Next stop was my French lesson and later that evening my friend Jill came over for dinner.  As usual.. too pissed busy nattering to remember to take a snap!


Saw me occupied with packing for my forthcoming trip to France. 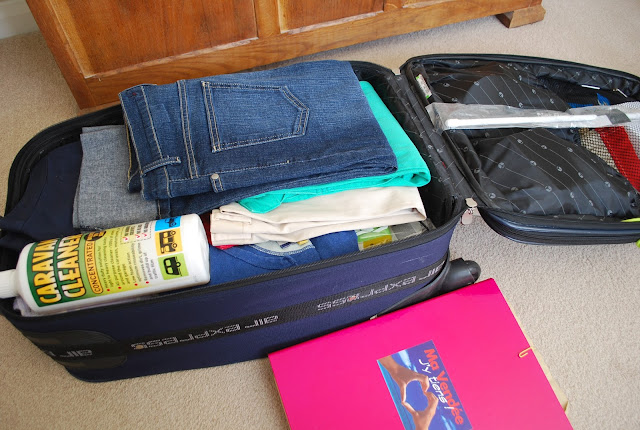 Politically, the French are going through turbulent times with a general election looming and  the two mainstream parties not in the running for the first time since the sixties. Here's Brit comedian Paul Taylor, a regular on French TV, sharing his thoughts on La Politique.
(If you're offended by the F word, I suggest you give it a miss)

à bientot  (my computer is objecting to the circumflex!) et bon weekend! 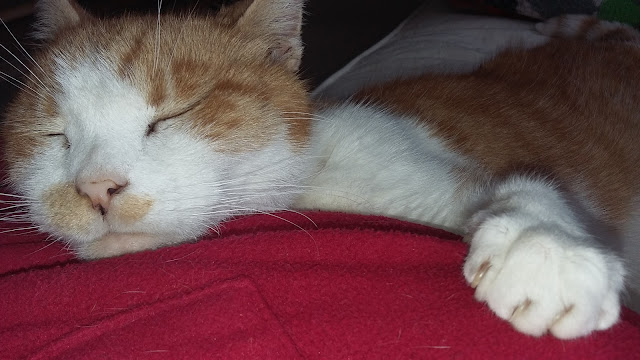 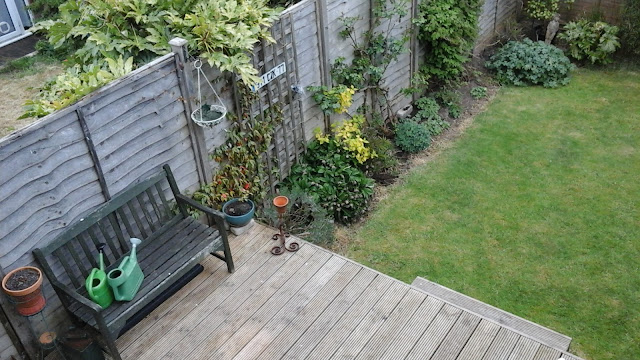 Five On Friday - Not a Bad Week

It's been a while, but really there's not been much of interest to blog about. Truth be told there still isn't but let's face it, life isn't rock n roll most of the time.  Anyway, I thought I should pitch up and post something in case you all forget about me, so here's the good bits about my week thus far.  Don't worry it'll be a quick post so I don't bore the pants off you!

In my last post I mentioned the cat I was fostering.  Poor Sandy is still with me as he had an adverse reaction to his thyroid medication and I had to rush him to the vet where he stayed for several days.  I'm happy to report that he is much improved now and I brought him 'home' on Tuesday.  I was delighted to see him settle back in after firstly having a good old sniff around his litter tray, it obviously passed muster as he promptly left a large deposit! 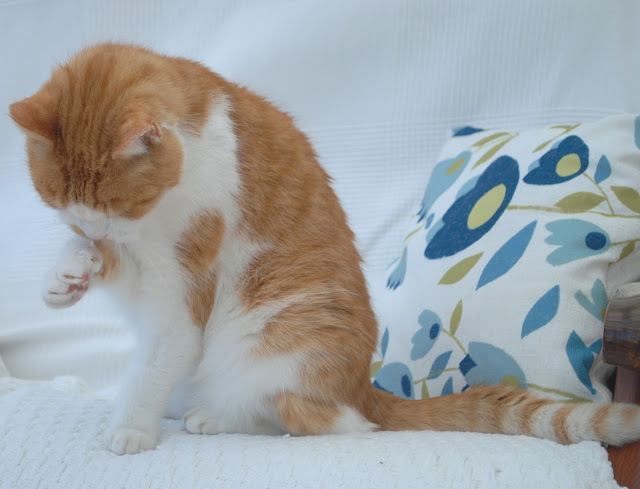 Also this week I was pleased to finish my random coloured stash-busting blanket for the local hospice, which I delivered yesterday. 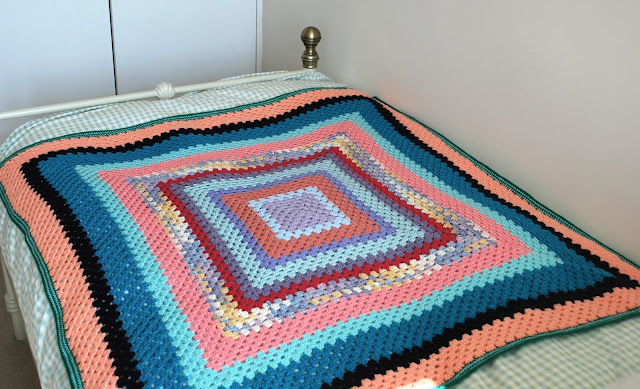 On Wednesday I went shopping for a shalwar kameez, also known as a Punjabi suit, (so the proprietor of the shop informed me) and was chuffed to find one at half price that fits me like a glove. I've been invited to a colleague's Walima next month and Indian/Pakistani dress is de rigueur. Here's a sneak peek but I'll save the big reveal for when I'm wearing some slap! 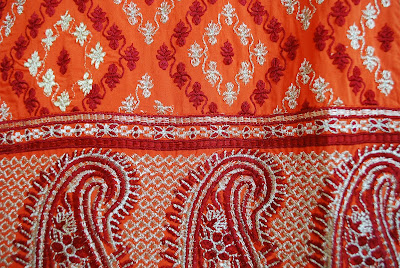 Also purchased were these inexpensive earrings to accessorize the outfit. 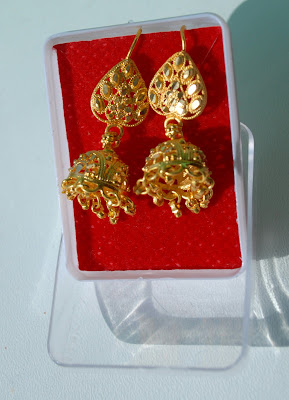 Yesterday saw my weekly Knit & Natter group. Irritatingly, work interferes with my attendance but I like to go when I can.  This group of talented ladies are great company and the topics of conversation would shock you...oh yeah.  Amongst other things, R told us about the risqué words that her friend's daughter had had tattooed on her bum.  Even I gasped and nothing much shocks me. Here we all are stitching and bitching.

The final thing that put a smile on my face this week was learning that French political drama Spin was returning to UK TV screens next week. (Les hommes de l'ombre in French) I watched the first two series last year and was hooked.  Anyone else watched it?

Hope you've had a good week too.